Replacing a roof the right way

It’s a tough life on the Balmoral slopes on Sydney’s lower north shore. A small village-style community, Balmoral has a family-friendly harbour beach boasting lovely views. The salt air and high winds can be demanding on a roof, especially one of a certain age.

The owners of a large 1950s apartment building all love their expansive views of Middle Harbour, but they know that the view comes at a price in terms of maintenance. After almost 70 years, even the best roofs need a little love and attention. There was no doubt that their building needed a new roofing solution.

However, it was a big job – there are 30 units in the building and it’s a large complex. Resident and strata committee member Allan Bolton helped to coordinate the project, working with Michael of Tim and Terry Tilers to replace the old roof tiles with new Monier Terracotta Marseille tiles.

Allan has lived in the apartment building for 32 years and was keenly aware of the need to replace the roof. “We live on the top floor and every time it rained before I was worried,” he says. “We just renovated our home last year and the last thing you want is water bucketing down your wall.”

The building is heritage listed, so it was essential to choose a classic style and colour of the tiles, although there was some tweaking with the final shades, says Allan.

The original roof had a yellow/orange tile in the mix, which isn’t available any more, so the strata committee chose a combination that more closely matched the red brick exterior of the building. Allan says the new colour combination was an improvement. 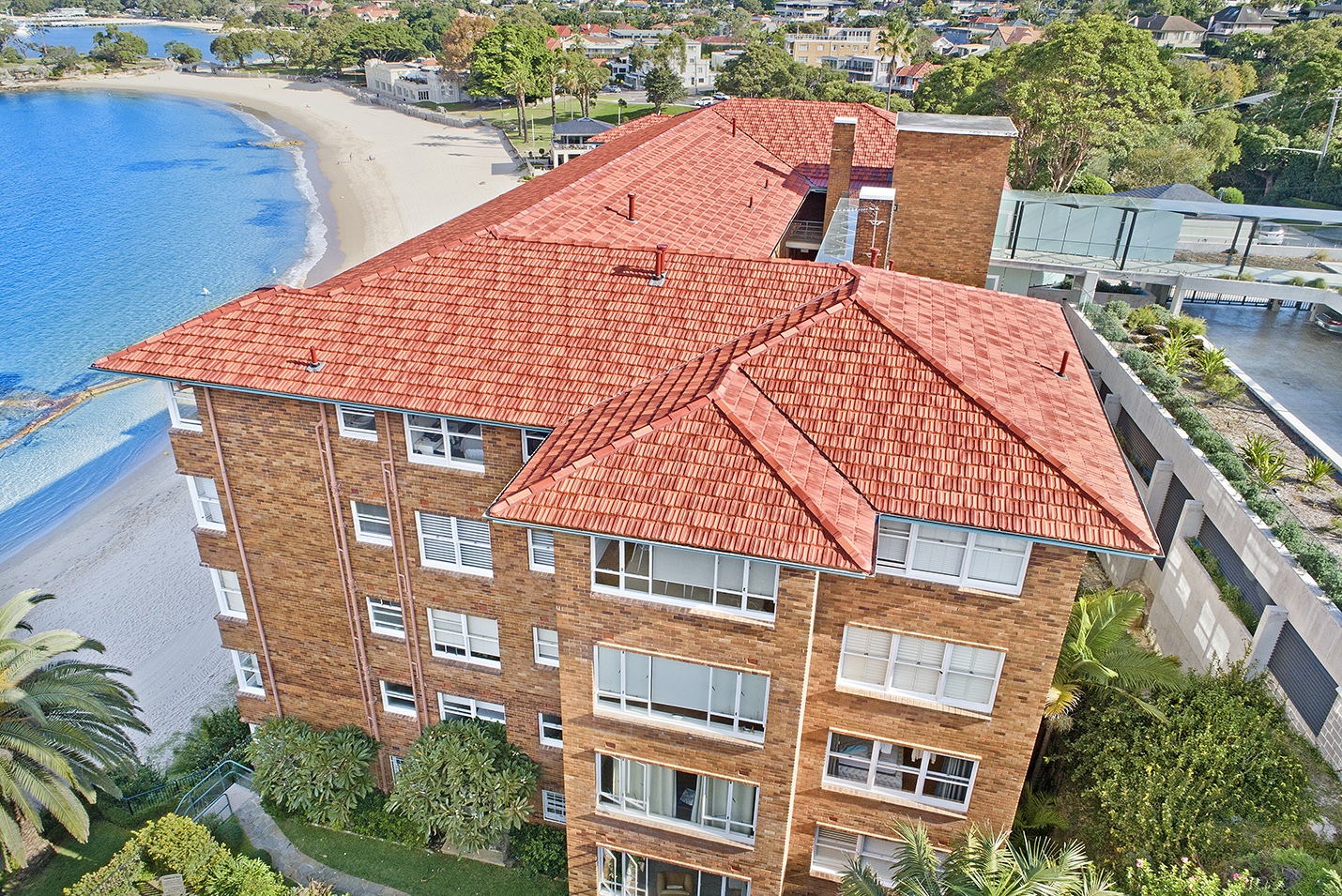 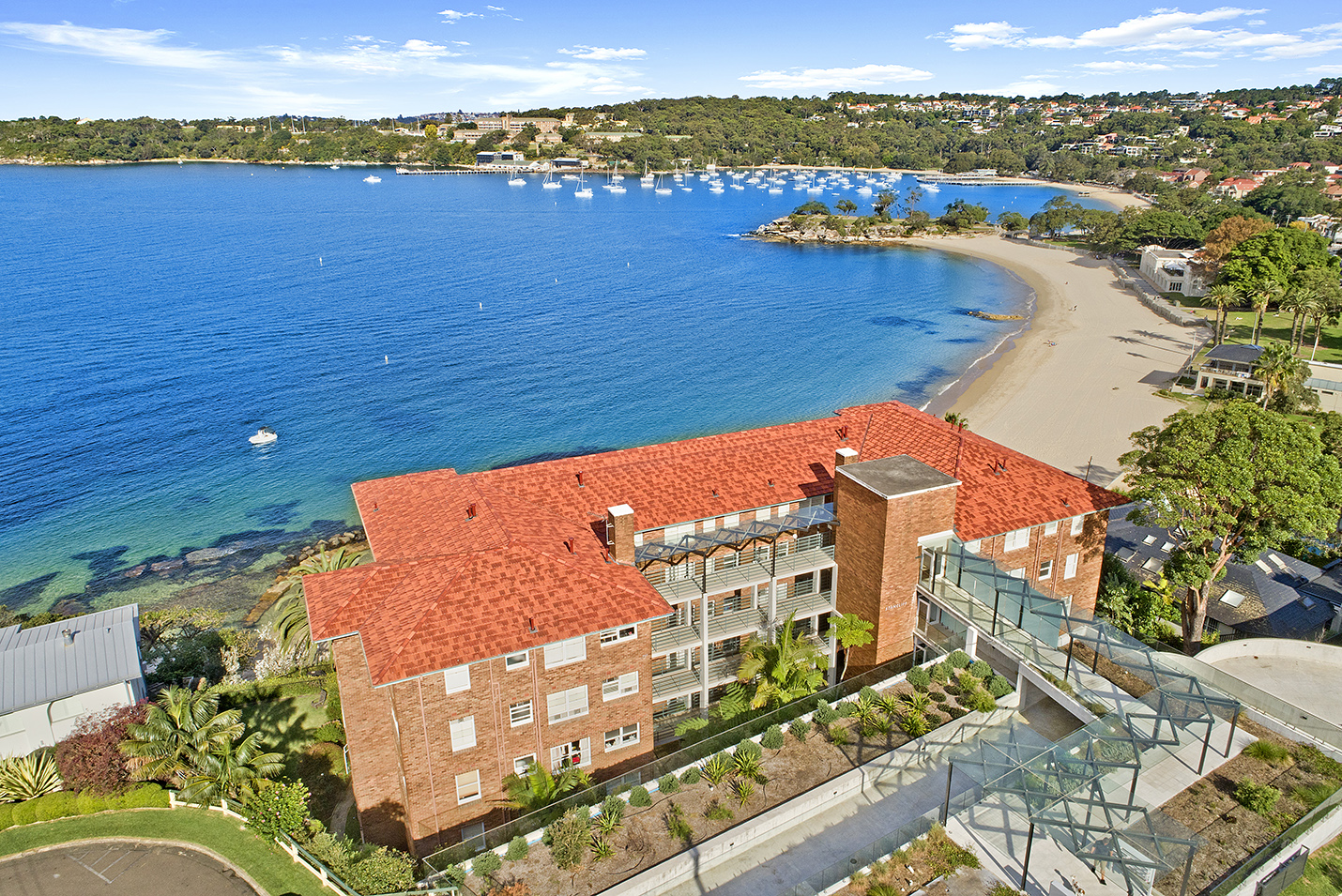 “It actually matches up better,” he says. “It’s definitely improved the look of the building because while the new colour selection keeps in tune with the heritage background, it’s a better look with the bricks.”

The tiles weren’t the only element replaced during the project, says Allan, which is to be expected with a structure that was 70 years old, although the roof substructure was in surprisingly good condition, because of the protection offered by the previous terracotta tiles.

“The building was very solidly built,” says Allan. “It’s from the ’50s, built to withstand an atomic bomb, and the roof structure itself is all timber and is still in good order. There are a few little components of it that needed some attention, but primarily it is in good order.”

Now, with Monier’s 50-year warranty, he’s confident that he won’t have to think about the roof again. “Everything has now been upgraded, everything's been painted,” he says. “And you know, it just all works.

Allan works from home and as such is often the liaison person on the ground for repair works organised by the strata committee. He deals with a lot of builders and trades and is full of praise for the work done by Tim and Terry. He says that the re-roofing job was completed in a very short time.

“Once we got going, it was only a couple of weeks,” he says. “There's quite a bit of lead up, but once the scaffold went up, and the work was on, it was all hands on deck from Tim and Terry Tilers and they just went at it.”

“It was brilliant, the weather was good the whole time so there were no interruptions, and it was one of the best building experiences I've ever had. Honestly I’m flabbergasted, and I'm a hard marker. What an operation.”

So now, it seems that the location has a roof that’s worthy of it. Allan should know – he snuck in a quick peek from the top while the work was being completed.

“It’s a fantastic location,” he says. “I went up when they were putting the roof on just to have a look at the work, and it's a great view from the top.”

1. Look for a roofer with strata experience
Strata committees are democratic, but can take time to make decisions just because of the fact that the committee needs to be across all the options. Michael from Tim and Terry Tilers has worked on quite a few strata building roofing projects and understands what it’s like to work with a decision-making body that relies on voluntary labour.

2. Minimise disruption to the residents
Large jobs such as these require a lot of planning up front, in order to get the work done as quickly as possible and minimise the time with the roof exposed to the elements. Tim and Terry put a full team on the roof to make sure the job was completed as quickly as possible.

3. Go for quality products
An apartment building needs to be well-maintained in order for the owners of the units to maintain the value of their investments. All Monier Terracotta tiles come with a 50-year guarantee, providing long-term peace of mind. Terracotta is also designed to withstand harsh weather conditions, including salt air and coastal winds. 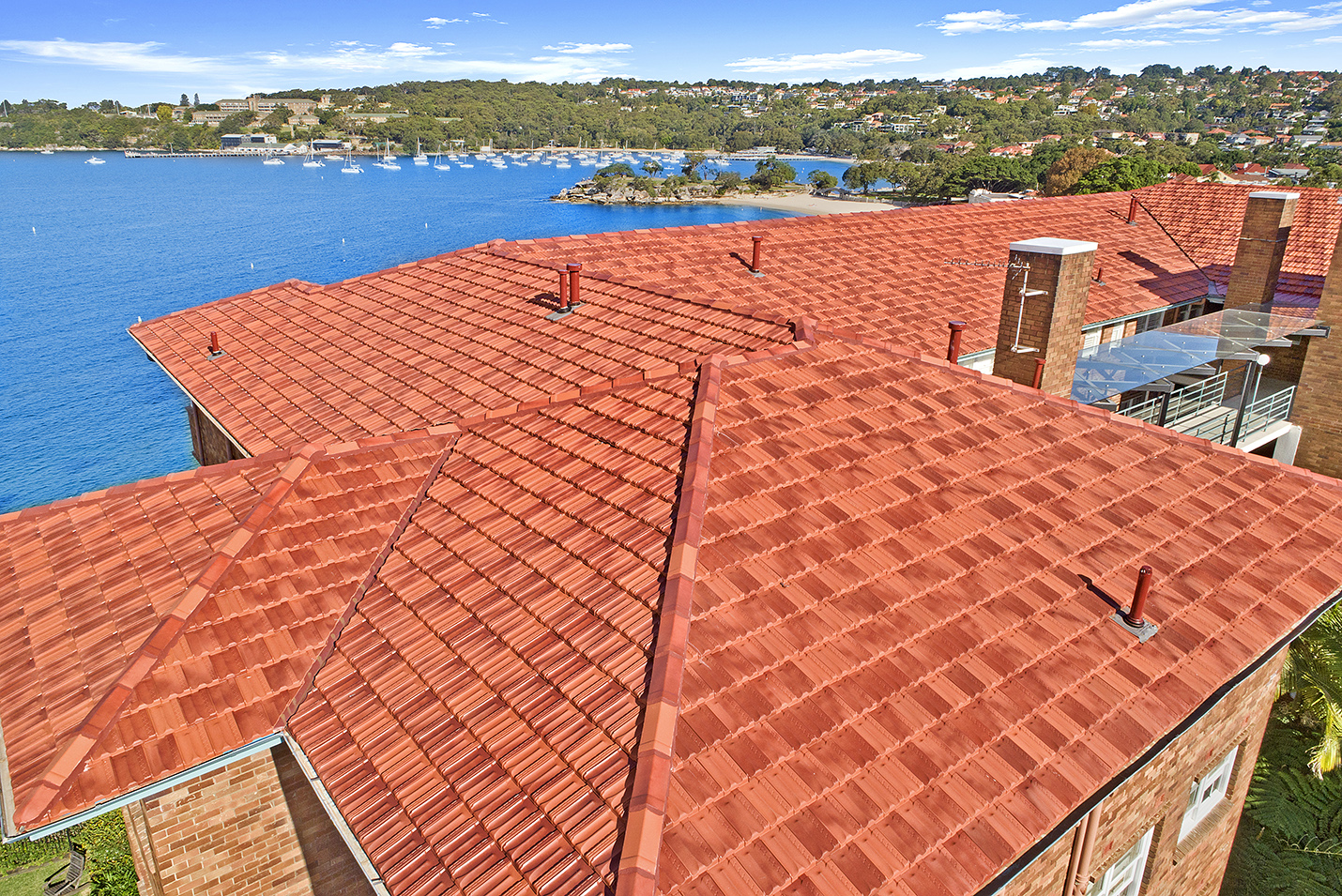