Debbie Beatty and her husband Stuart found style and quality in this quirky 1970s cottage. When Debbie Beatty was looking for a house to buy in Turramurra, she didn’t want to settle for a typical upper north shore home – she wanted something a little different, which is why she bought this unusual 70s-era cottage.

“It was a ’70s house and had never been upgraded or updated,” Debbie says. “The craftsmanship was quite beautiful and different, so we thought we would just go with it. And everything looks pretty much the same in Turramurra, so it was quite nice to have something a little quirky and different, which I like.”

Sadly, however, it had been some years since the house had seen any love and Debbie says it was rundown and almost unlivable when she and her husband Stuart bought it.

“It was just dreadful,” she says. “I was looking for something that was different, but definitely not a knockdown. This was close. It probably would have been cheaper to knock it down, but it was really its charm and different style that appealed to me.” 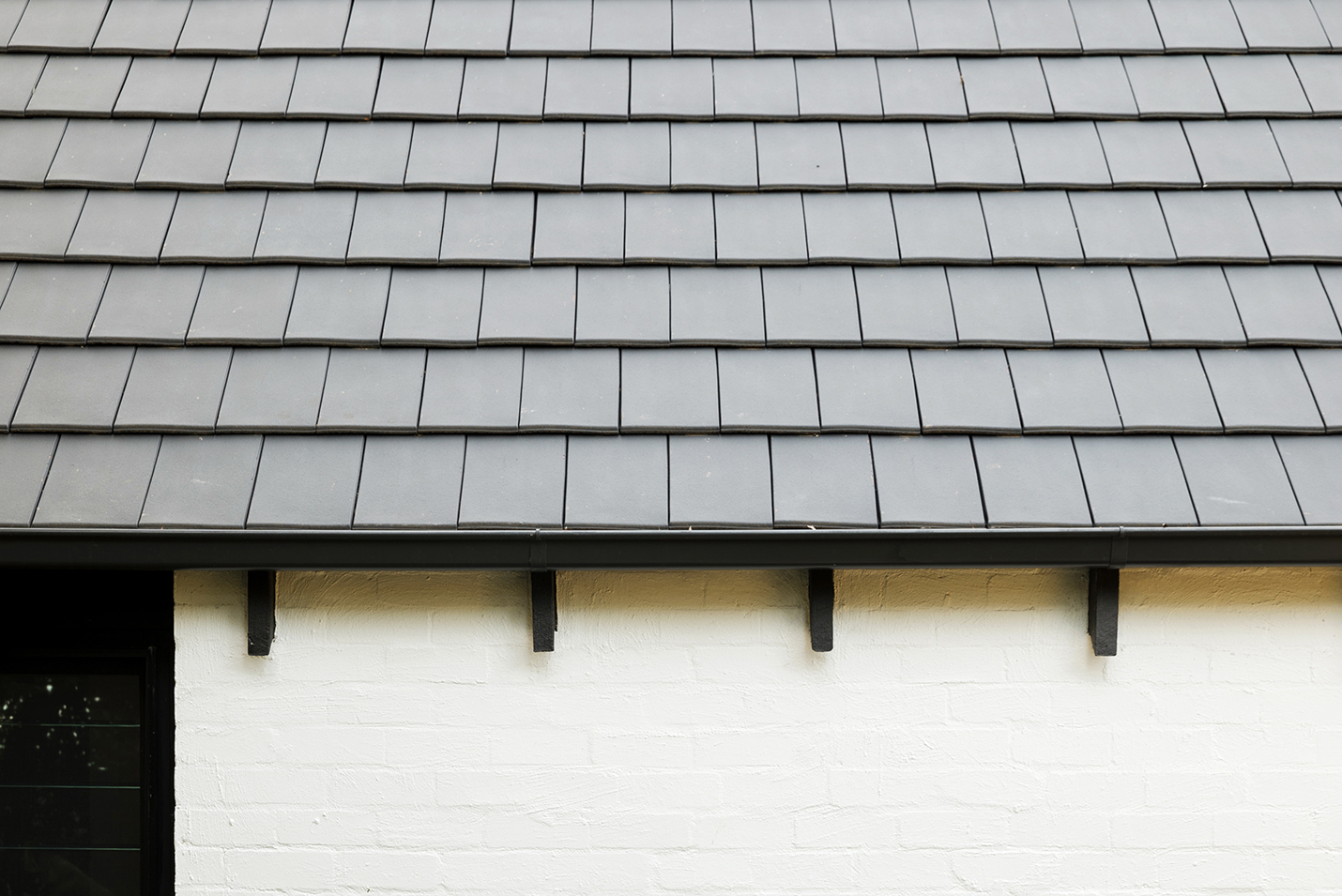 One of the striking features about the house is the steep-pitched roof – which has a 45-degree pitch and makes up almost half of the façade of the house. Despite the concrete tiles serving the home well for more than 40 years, the roof was due for an update. Debbie says she put a lot of time and effort into choosing just the right roofing product to replace them.

It was a big decision because the roof was so critical to the look of the house and she felt it was important to replace them with a quality product, choosing Monier’s Terracotta Nullarbor tiles in Peak colour. She chose Tim and Terry Tilers for the work, who are Monier specialists.

“We chose Nullarbor because they look sophisticated, sleek and complemented the roofline,” explains Debbie. “And there was minimal fuss to them. They are so streamlined and contemporary.”

“The roof had to be the hero of the whole build due to how much real estate it took up. Terracotta doesn’t fade so that was another appeal about the selection of those particular tiles – that they won’t fade.” 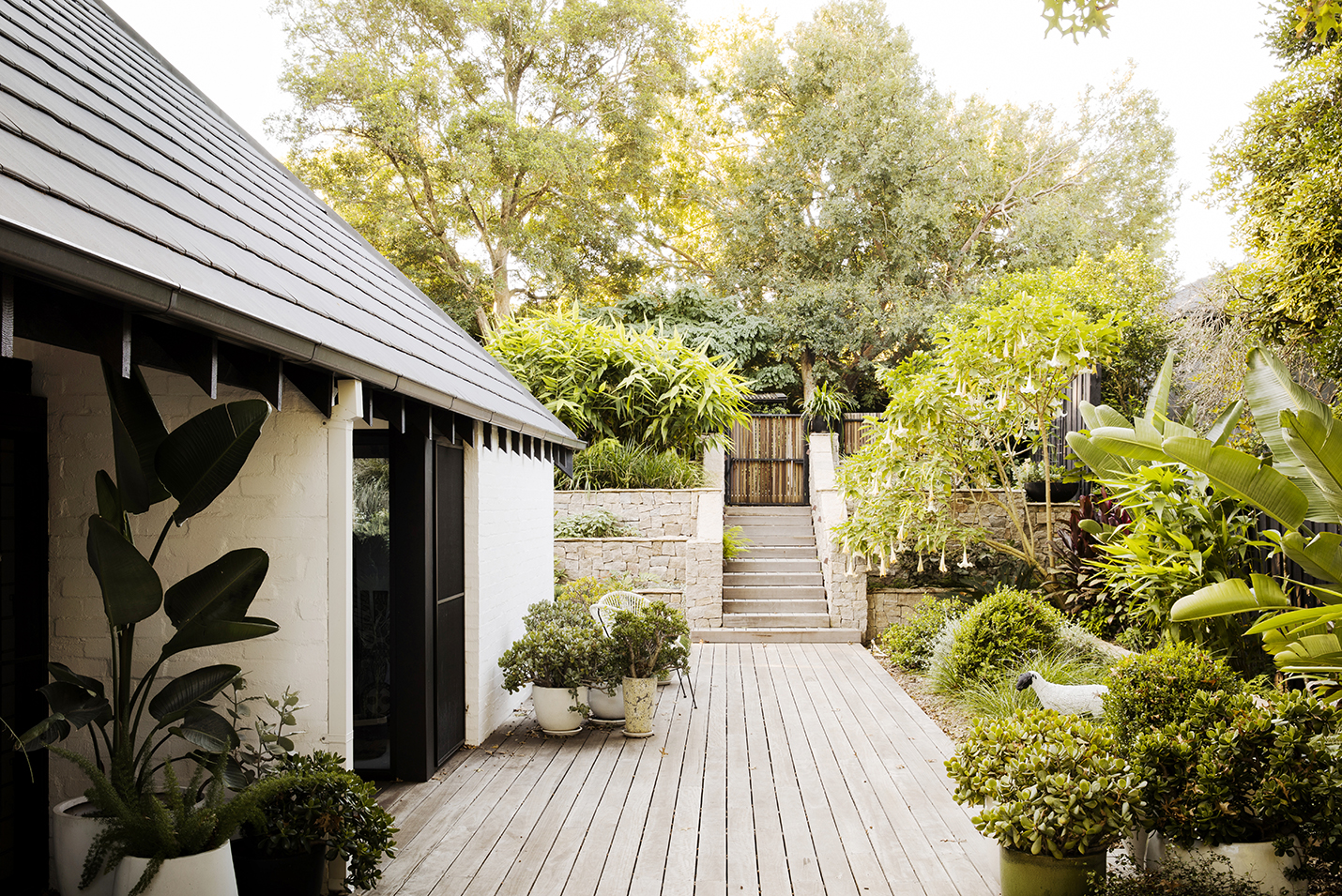 Of course, the renovation didn’t finish with the new roof – the Beattys renovated the whole house over about 12 months, including the garden, new windows, new doors and the addition of a carport and new driveway.

Debbie, a serial renovator and project manager, says the end result is just “beautiful”. “It’s really easy to live in,” she says. “We got rid of all the internal little walls to open it up. It used to have a little dining, a little kitchen; but the rooms are now flowing – it’s all really open.”

A monochromatic palette complements the architecture, set off by the striking charcoal-toned roof.

“We didn’t have to go to council because we didn’t change the roof or the footprint. It was a big thing and made the renovation so much more efficient. From the time of purchase we could get stuck into it straight away. We just demolished all the inside walls and continued the other work without any delays.” 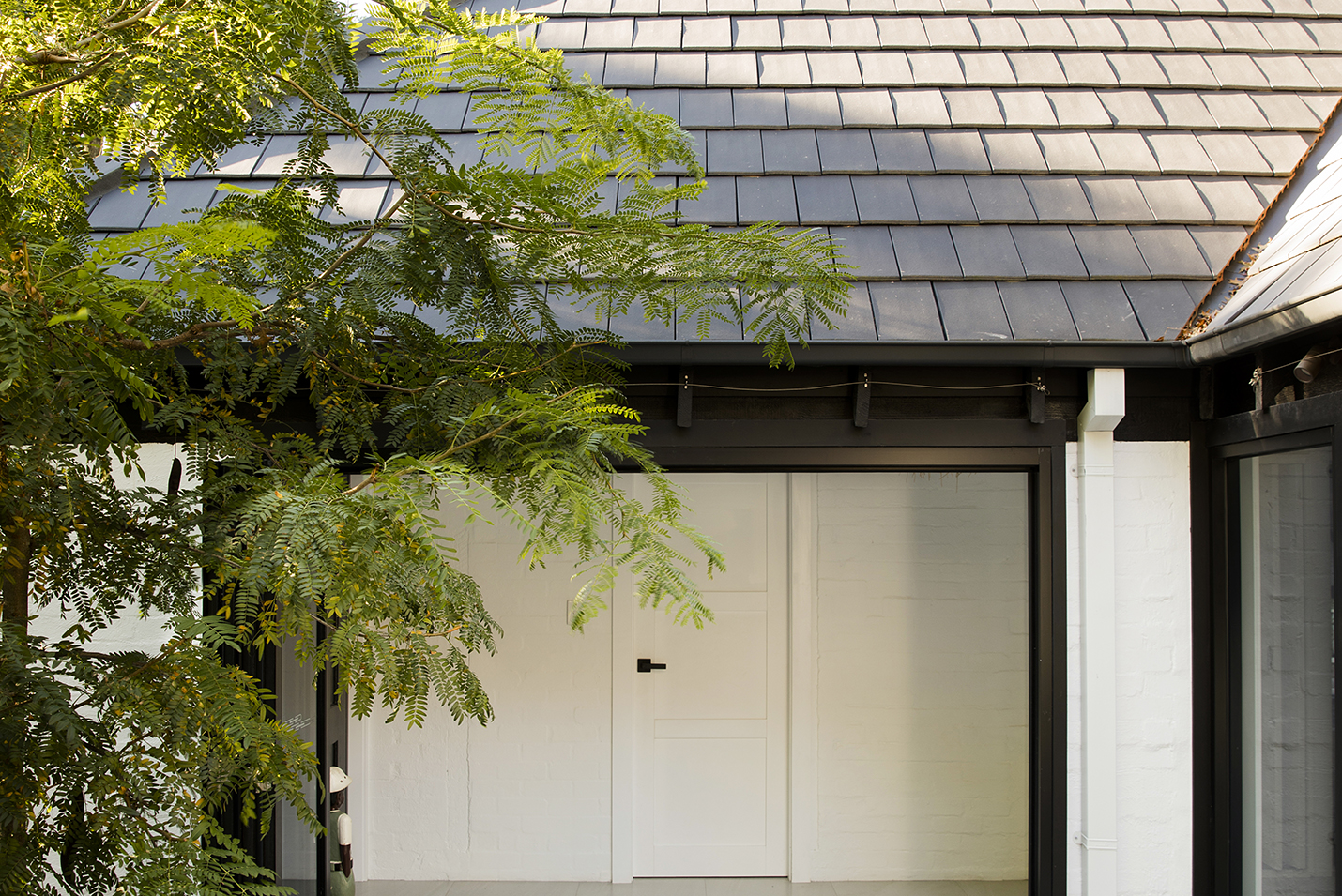 HOW TO RENOVATE A ’70S-STYLE HOUSE

1. Maintain its character
While still somewhat out of favour, homes from the 1970s were designed to be easy to live in, with generous living areas and high ceilings. Debbie kept the original raked internal ceilings of this house, which highlighted the high-pitch roofline.

2. Stick to a simple colour scheme
By using a monochrome palette, Debbie made the 1970s architecture the hero. White interiors make the most of natural light, while charcoal trims provide contrast.

3. Make any additions sympathetic to the home’s heritage
The Beattys decided to add a carport to the home, but made sure it reflected the style of the era, and complements its architecture.

4. Keep the roofline simple
Because of the 45-degree pitch on the roof, the tiles make a huge impact on the home’s exterior – even more so than normal. Debbie chose the sleek Nullarbor tiles to keep the profile streamlined and modern.