Zen and the art of roofing

Denis and Debbie Grant have fulfilled a life-long dream with their Japanese-style home just north of Brisbane. 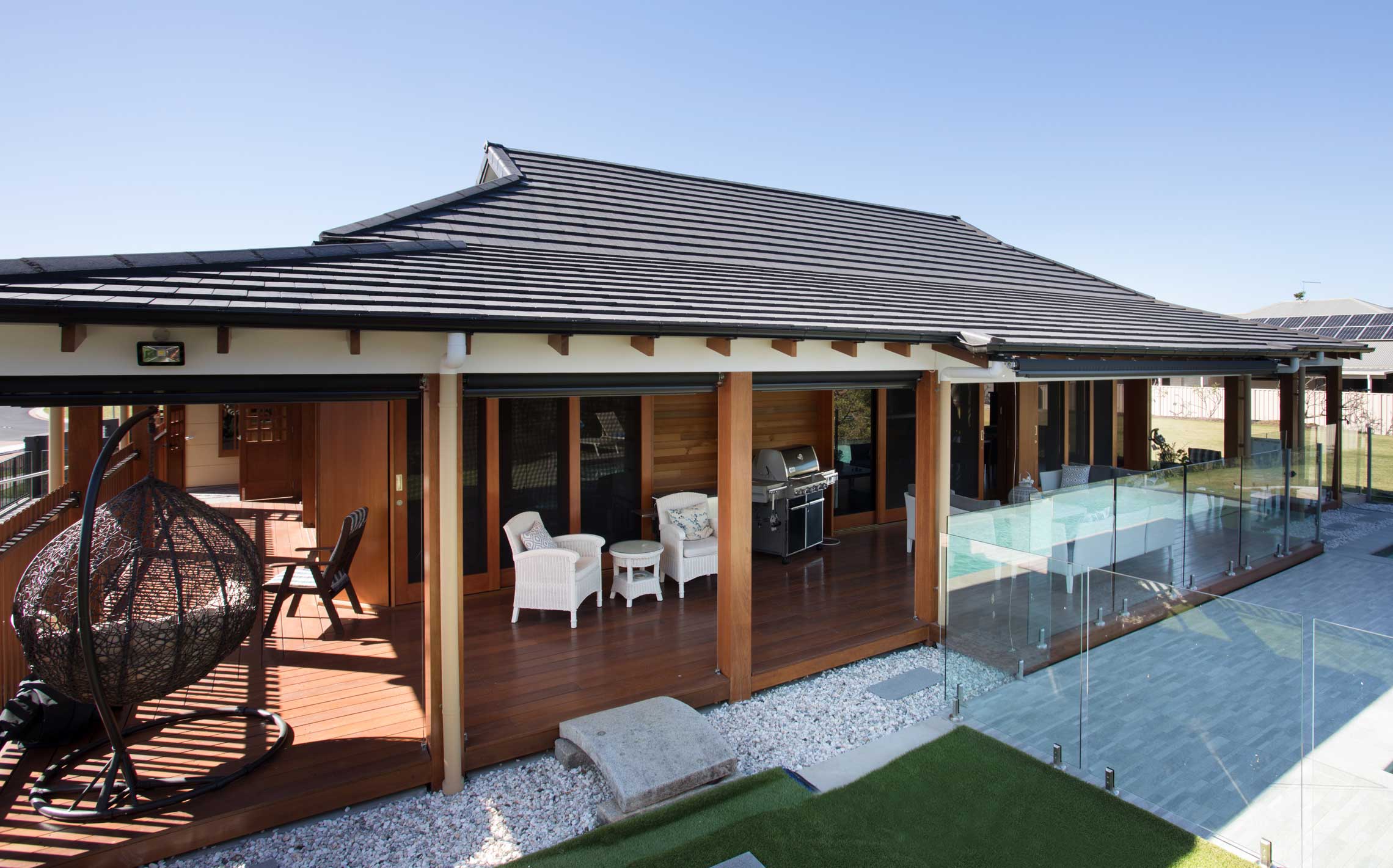 Watch the latest episode of Open Homes Australia below! 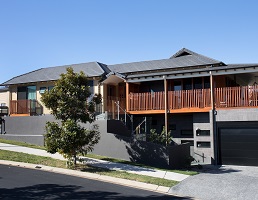 Denis Grant says that he and his wife Debbie have always been fascinated with the Japanese culture and the country’s architecture. They have visited Japan frequently, often staying for months at a time and hosted many international students, he says.

“Debbie is a little bit infatuated with Japan and we’ve had Japanese students stay at our houses and we have become friends,” he says. “We have followed two or three families right through and seen the kids grow up, get married, even have children. We often go over to Japan – once a year or so, for two or three months at a time. So it’s been a good cultural exchange.”

So with this joint passion for Japan, it’s no surprise that when they came to build their dream house at Murrumba Downs, north of Brisbane, they decided to design a traditional Japanese style of building, with a pagoda-style roof, pavilions and even a tatami room. 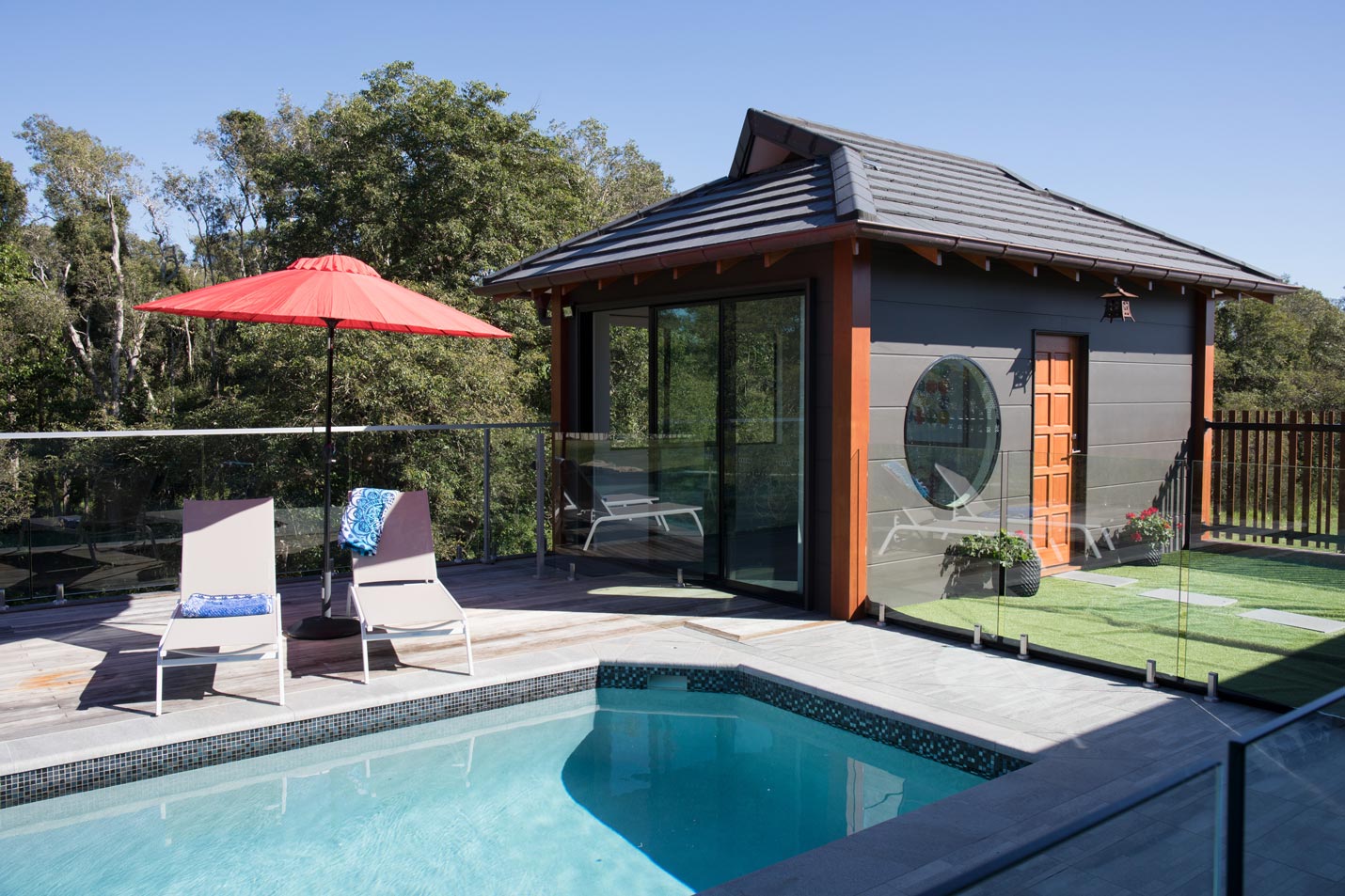 Built on a block of land owned by Denis’ family for 30 years, and previously only occupied by a large garage housing his car collection (he used to be a car mechanic), Denis and Debbie worked with architect Garth Hollindale of Hollindale Mainwaring Architecture to create a zen-like sanctuary for the couple.

Hollindale says that the style of the house, while traditional in feel, was a new sort of design for him, so he spent a lot of time researching Japanese architecture and adapting its essence for an Australian aesthetic. The result is a home that feels like a series of pavilions, while still having the ease of internal connections.

“So as close as we can get to pavilions, but you can still get from each space to each space internally, with the exception of the laundry,” he says. “We were bringing courtyards into the house, including an internalised courtyard right near the entry, which gives access to the main bedroom, but also provides light and ventilation through the living space.”

For Denis, the appeal of the home is that it uses natural materials throughout, creating a tranquil atmosphere. “If you start analysing it, you realise it’s all just nature; things of stone, earth and wood and a bit of water,” he says. “That stuff never really goes out of fashion.  Colours come and go, but if you get the right blends of timber – even if they are not the same timbers – they can seem to go better.”

Hollindale says that the choice of Monier’s Horizon concrete tiles was crucial in establishing the right look for the house.

“That Japanese typology is very roof-focused,” he says. “It's roof-heavy, if you like, in terms of its aesthetic contribution to the streetscape, so it's important that, one, the roof isn't over-dominant in terms of volume or form, and two, that it's articulated to provide interest to the overall building's appearance.

“It's really quite a nice result, we think,” he adds. “It’s about those clean lines; a simple and clean-lined aesthetic, able to achieve that necessary low-pitched roof.” 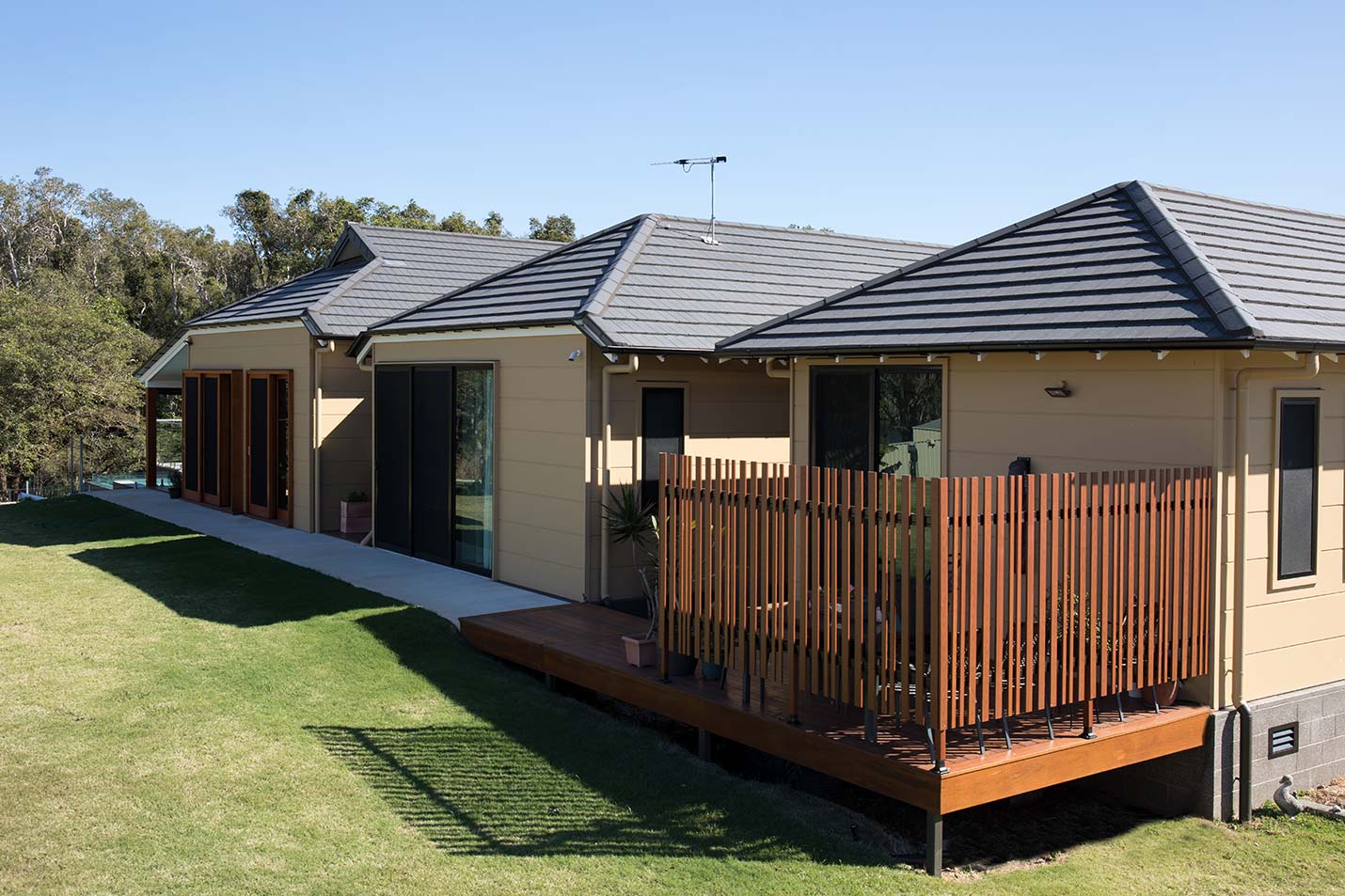 Denis’ favourite room is the tatami room, which includes the traditional straw mats on the floor. His brief to Hollindale was to make this a focus of the house, with that room enjoying the best outlook as they expected to spend most of their time there.

The Japanese eat and sleep in the same room, says Denis, which is a different way of living. “There is something about the grass matting,” he says. “You feel like you are sleeping in a field just by smelling the grass.  But you pack up all your doonas and your futons and it just goes in the cupboard and it’s just really clean the next day. It is a nice way to live.”

Denis is a real estate agent – which is a busy and demanding job, so he says he appreciates coming home to a tranquil space and the end of the day.

“It is very much like a sanctuary,” says Denis. “That zen philosophy – you can work hard, but you have to regroup your spirit and recharge your spiritual batteries.  And anything that does that is really good for you. We’ve probably been in the house for six months now and we’ve definitely feeling that.”
Create a zen style of home

1. Pagoda style roofing
Minimalistic details with a low-pitch to create a series of pavilions with a pagoda style of roof.

2. Add in water features
The sound of water from traditional fountains adds to the feeling of calm in Denis and Debbie Grant’s home.

3. Don’t be afraid of colour with exterior paint
Denis chose Dulux’s Eastern Gold, allowing the home to make a statement against its bush background.

4. Go for tiles with a slate look
Denis chose the slimline Madison, here in Soho Night.

5. Tatami mats are an essential part of the Japanese aesthetic
The grass matting of Denis’ favourite room creates the traditional feel he wanted in his home. 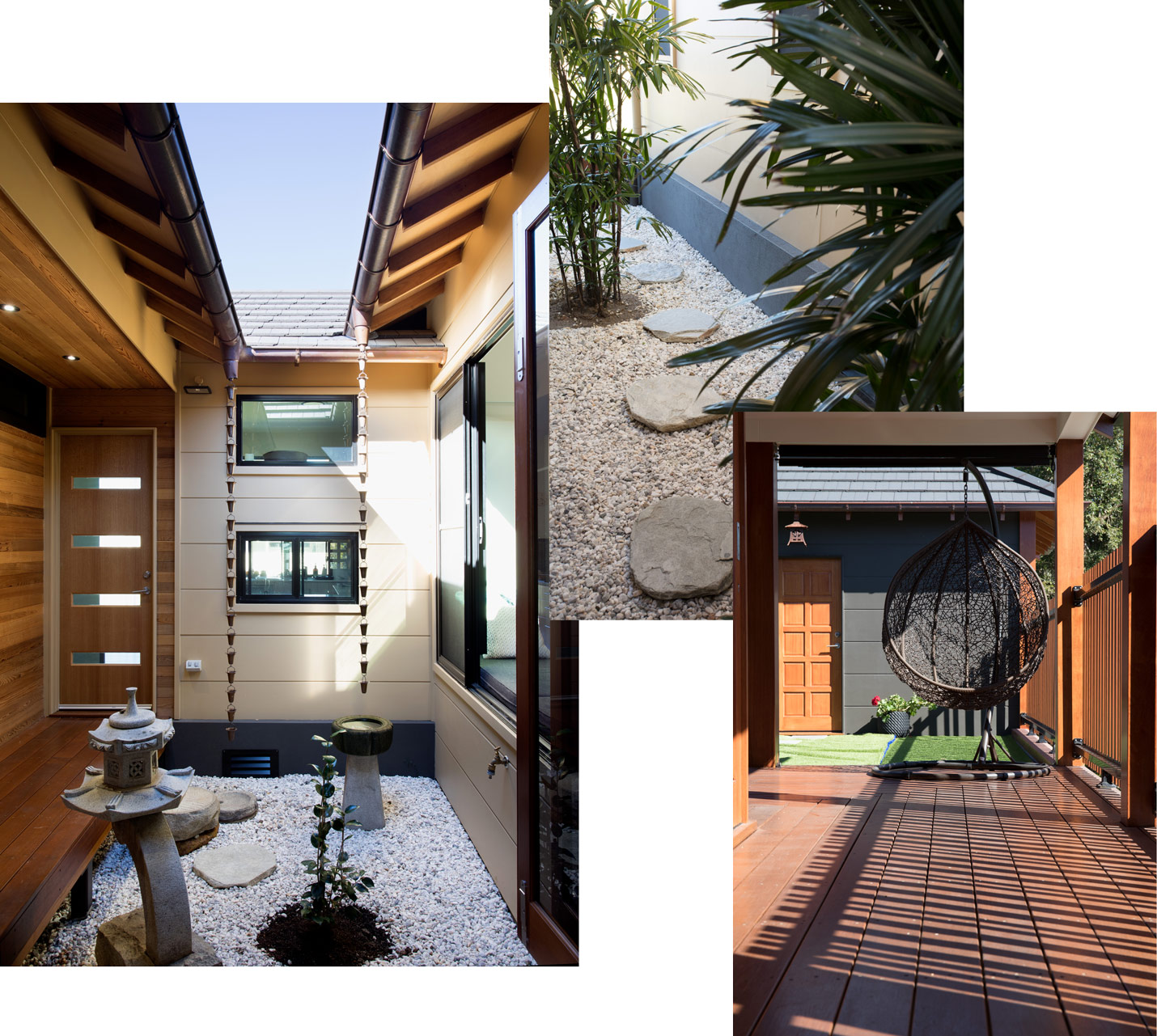 Be on trend. Discover whats new in exterior home design, or find out more about Moniers concrete tile range.