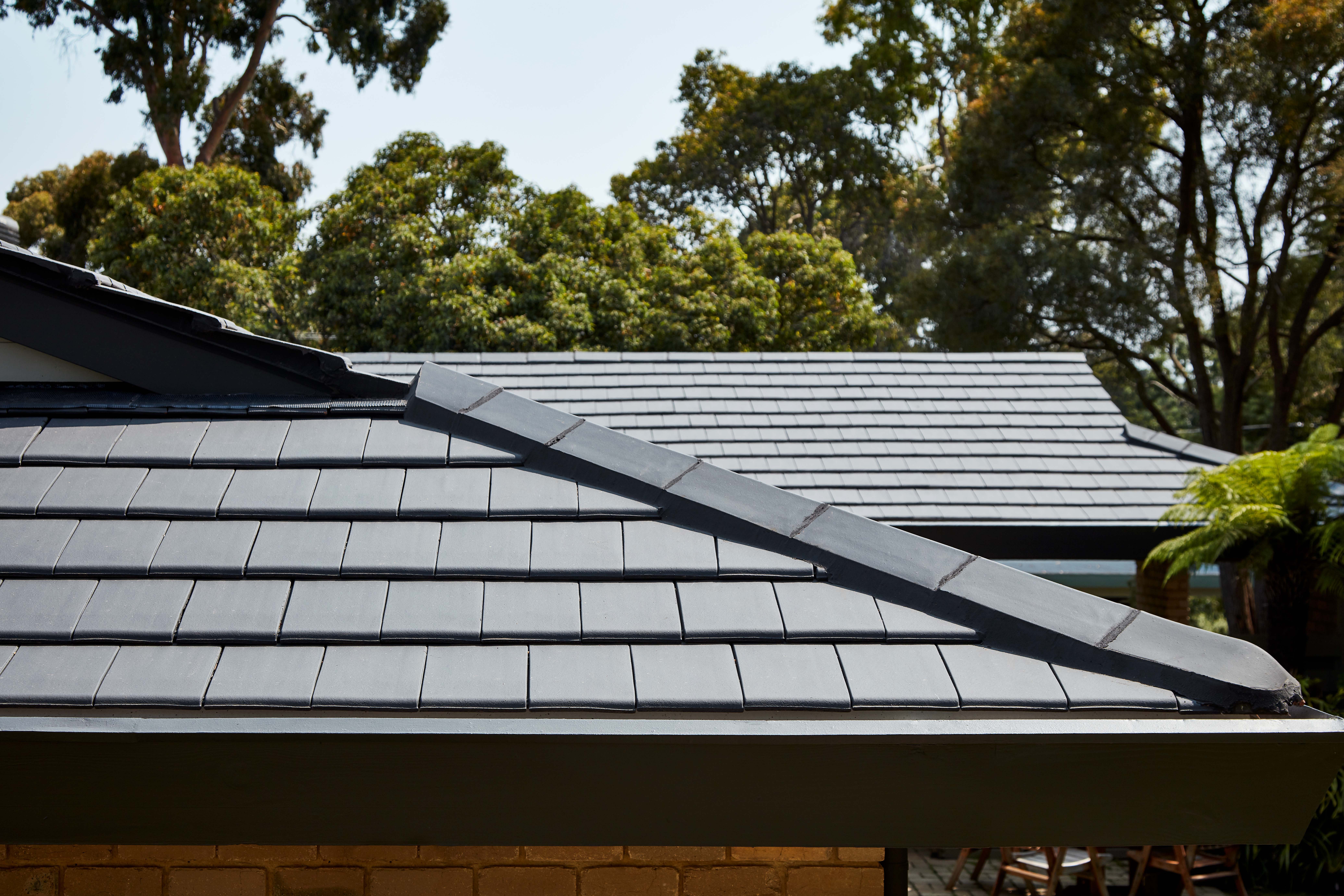 You have got to hand it to a good roofer – such as Barrie of Melbourne’s Raving Roofing. Barrie knows tiles inside out and is a staunch supporter and advocate for Monier’s roofing products.

“I have been working as a roof tiler for 21 years and have used Monier products throughout this entire time,” Barrie says.

“Nothing compares to Monier’s product and I made it my mission to become a Monier roofing specialist in order to provide my clients with the superior quality they deserve. I unequivocally believe Monier is the best of the best available.” 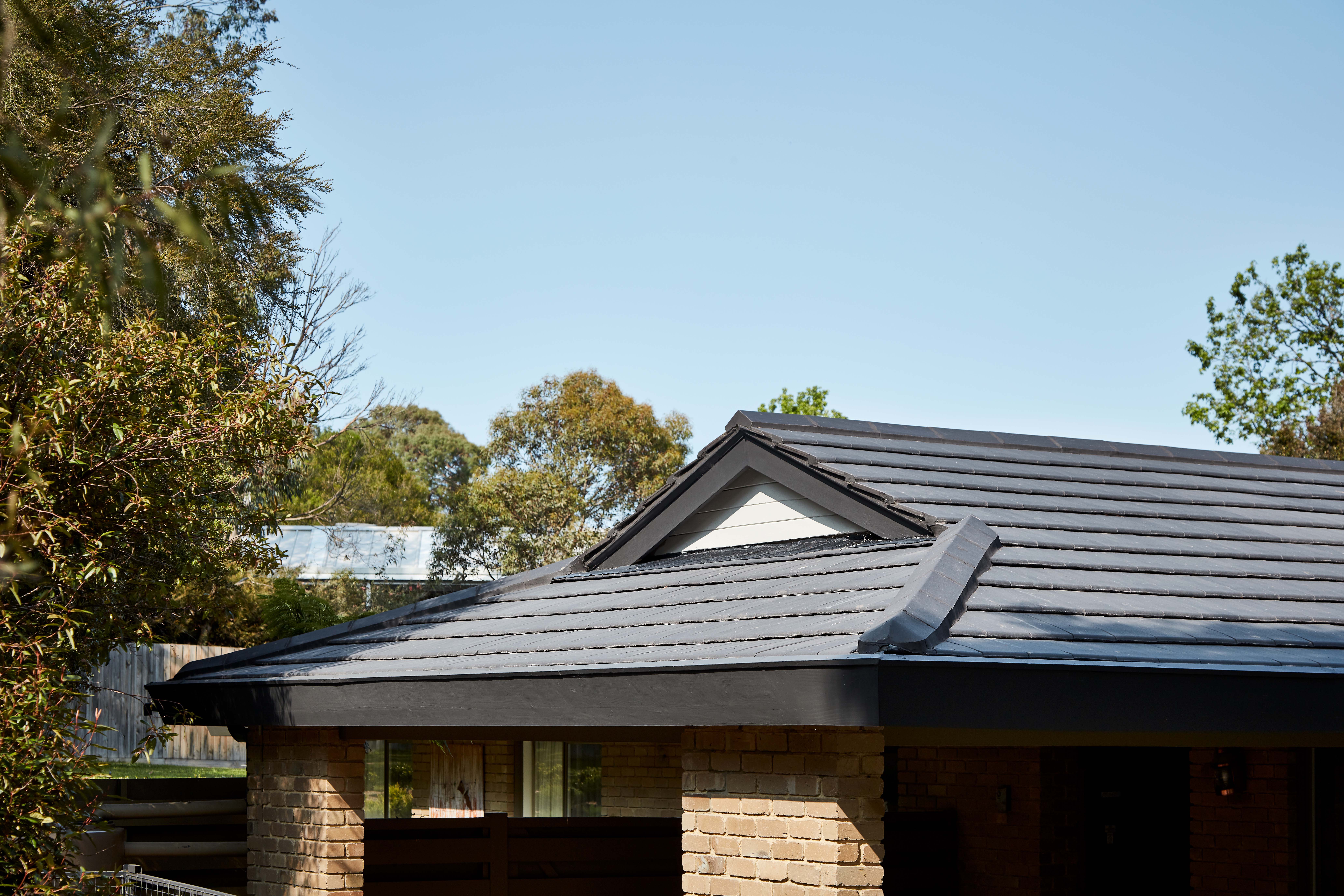 Robert says his home, an early 80s brick cottage, desperately needed a new roof. The original concrete tiles (a non-Monier product that has since been discontinued) had been badly laid and were in terrible condition – with broken and cracked tiles everywhere, which had been causing water damage throughout the house.

“I’d had the roof tiles fixed four or five times in that 30 or so years, and it just got to the point where the insurance company told me – after about the fifth claim from water damage – ‘I really think you need to do something about this,’ with a very strong insinuation that maybe insurance wouldn’t be passed next time,” he says. “And I couldn’t fight that, because I knew the roof was absolute rubbish, and that there’d been some major cracks and bruising. So, in the end, I had to bite the bullet.”

“Talking to the client regarding his new roof, it became clear that only the best would do and of course that meant Monier’s Terracotta range,” says Barrie.

“The client had a flat profile tile on his existing roof and was after a sleek tile to achieve the look he was after. He considered Monier’s Nullarbor tile, but because the roof pitch was under 25 degrees that tile was not a good fit.” 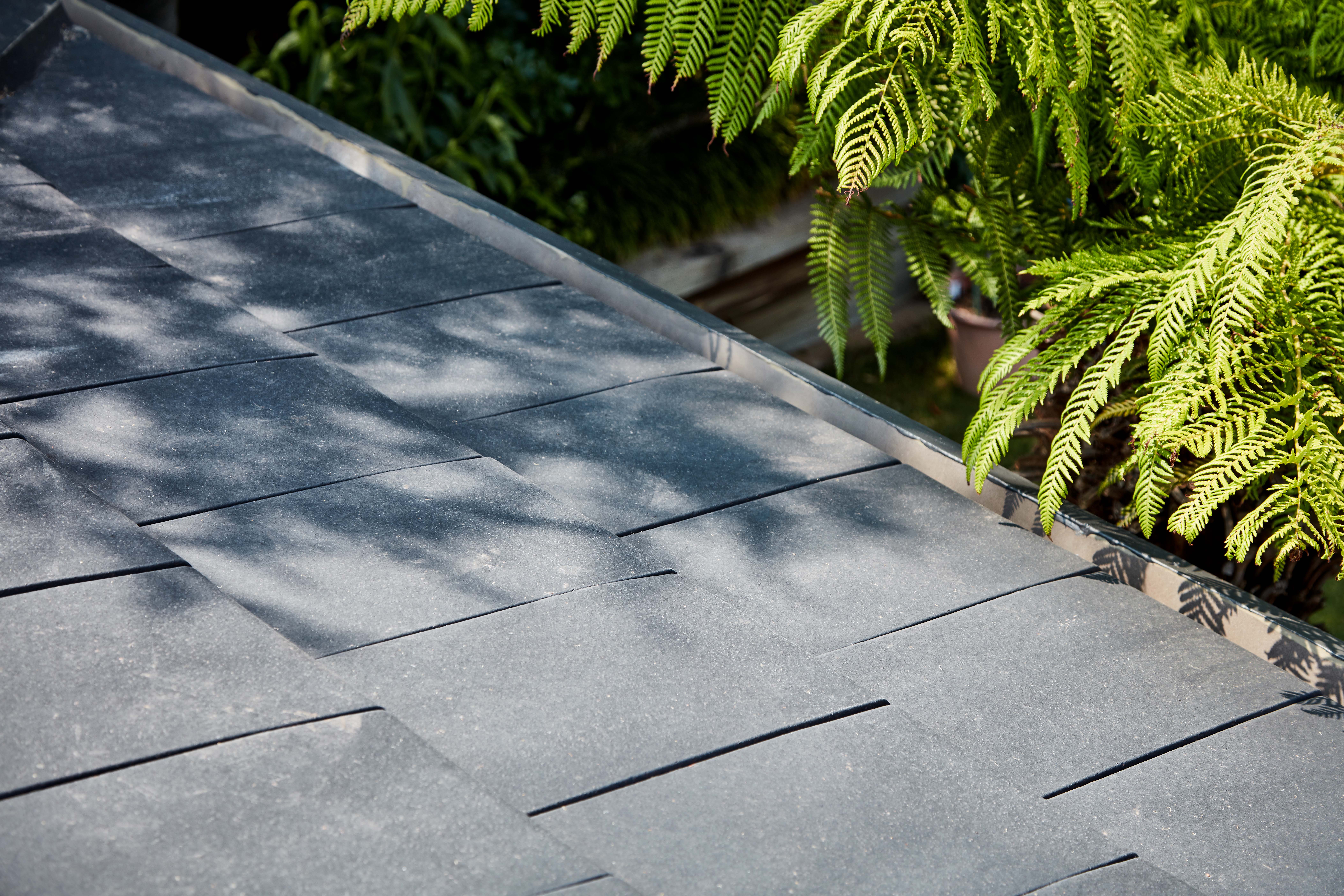 “However, I was aware that Monier had been working on a new design that would overcome the roof pitch restraint and had the desired flat profile. I chatted with Monier about their new Terracotta tile and I was convinced that Urban Shingle was a perfect solution. The client was more than happy to wait while Monier finished their stringent quality testing and released the new product.”

Barrie says he is really impressed with the design of Urban Shingle, which he called “flawless”. “I could not be more pleased, from its stylish flat and seamless design to its quality finishes featuring all the characteristics of Monier’s superior Terracotta range,” he says.

Owner Robert is also happy with the final result and gives all the credit to Raving Roofing. “Barrie was brilliant,” he says. “I didn’t go out and pick Monier; I happened to pick him, and he loved Monier. I went out to Monier’s showrooms, and he brought samples.” 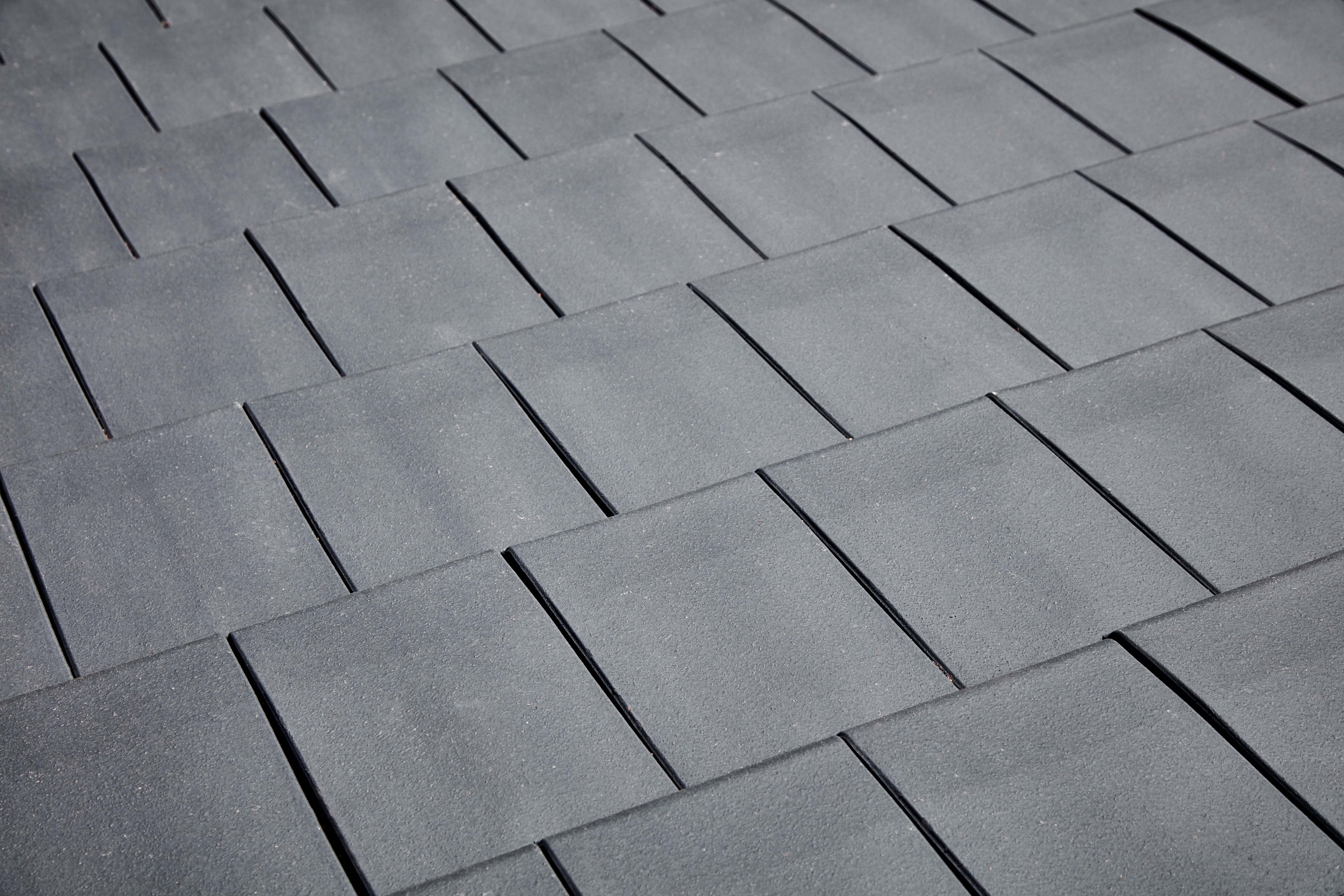 Choosing the right tile was important because of how integral the roof is to the look of the façade, says Robert.

“This house is all roof. You stand up on the high ground up the back, and you see all roof. So the roof is actually a feature and, while a conventional tile – or a conventional design, rather – would have been fine, Barrie came up with this one, and, in the end, that’s what we ran with, and it’s come up very well.” 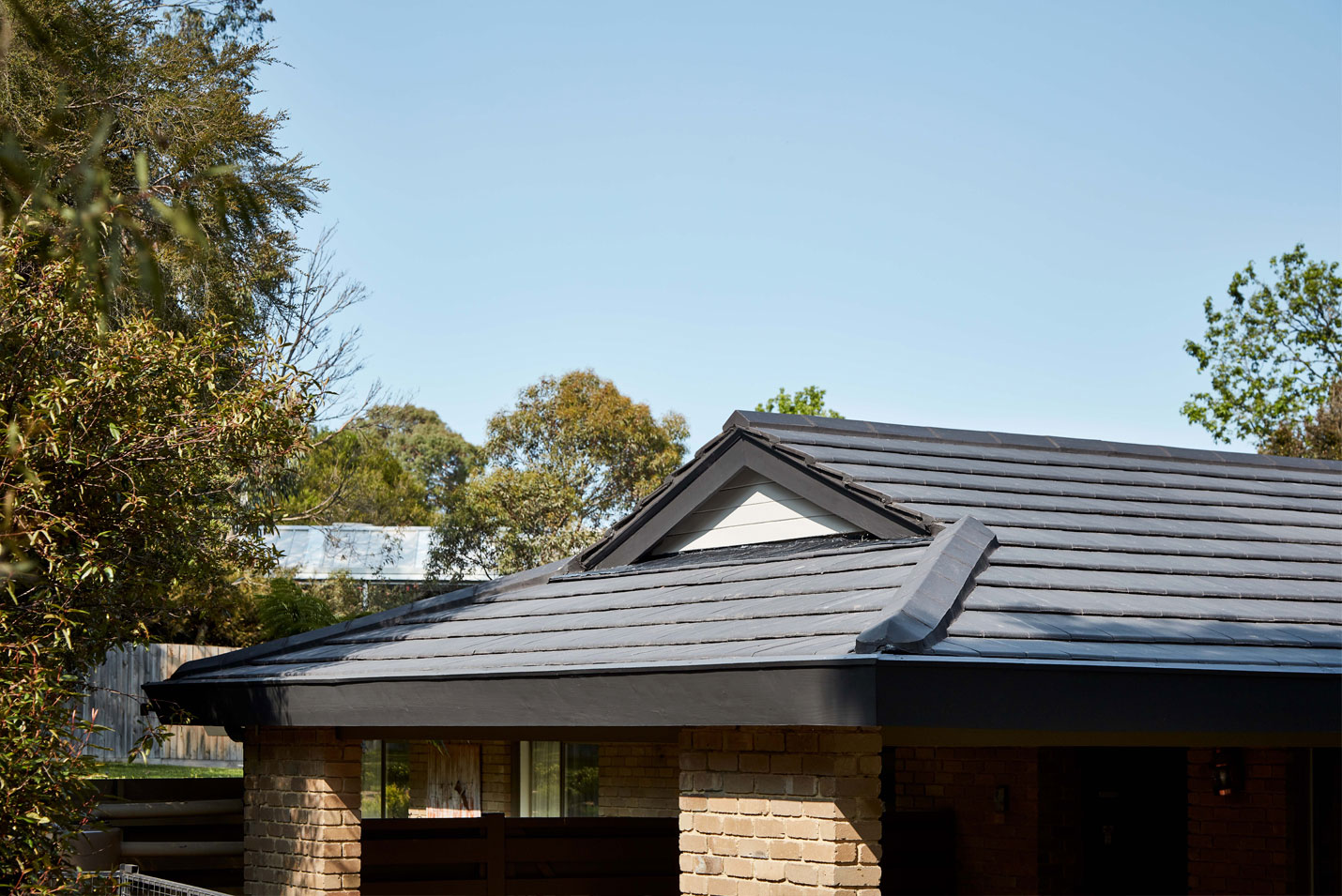 The new product didn’t present any difficulties says Barrie, but there were some challenges during the installation – Melbourne’s “lovely spring weather”, he says.

“The first day we started work it was 35 degrees! Our first hot day coming into summer and the following day had showers forecast so we had to keep moving to make sure we finished and had the roof watertight. But we got it done and couldn’t be happier with the result.”