How to make your Hamptons dream a reality

Narelle and Marshall Hinz’s new house in Brisbane’s northern suburbs has every detail covered and every dream realised. 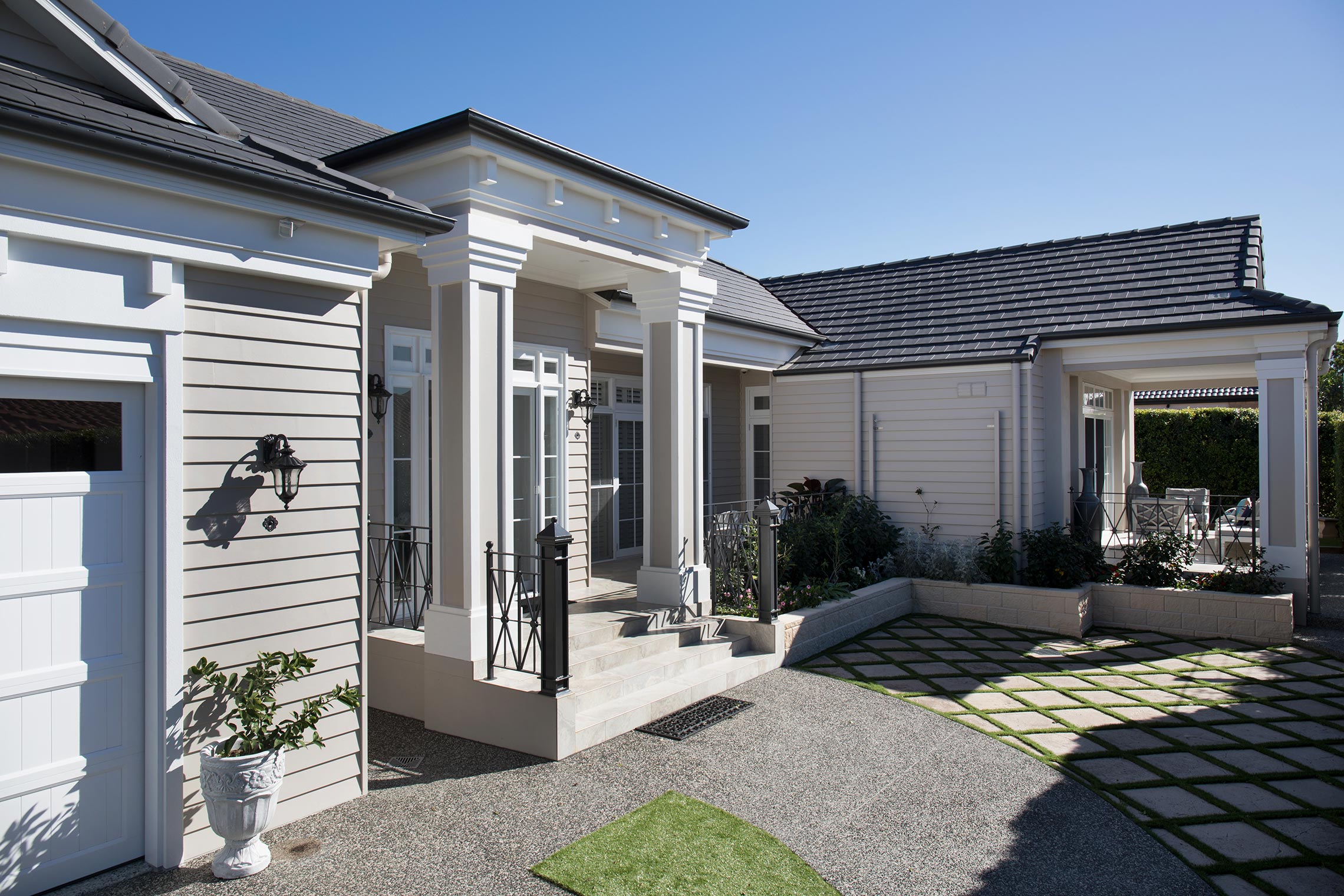 Narelle Hinz is a determined woman – one who knows what she wants and works hard to get it. When she decided to build her house in Brisbane’s Bridgeman Downs, she had some clear ideas about what she wanted and a vision for the design.

The house was built on a vacant block of land behind the family’s existing house. She settled for the Hamptons look – commissioning her husband’s son, Peter Hinz of All Type Builders to create a gracious, classic home for her and husband Marshall.

The build took 12 months, with Narelle and Marshall moving in to the new house in August 2017. Because the build was just behind their previous house, Narelle was onsite during much of the process and says she couldn’t be more pleased with the end result. 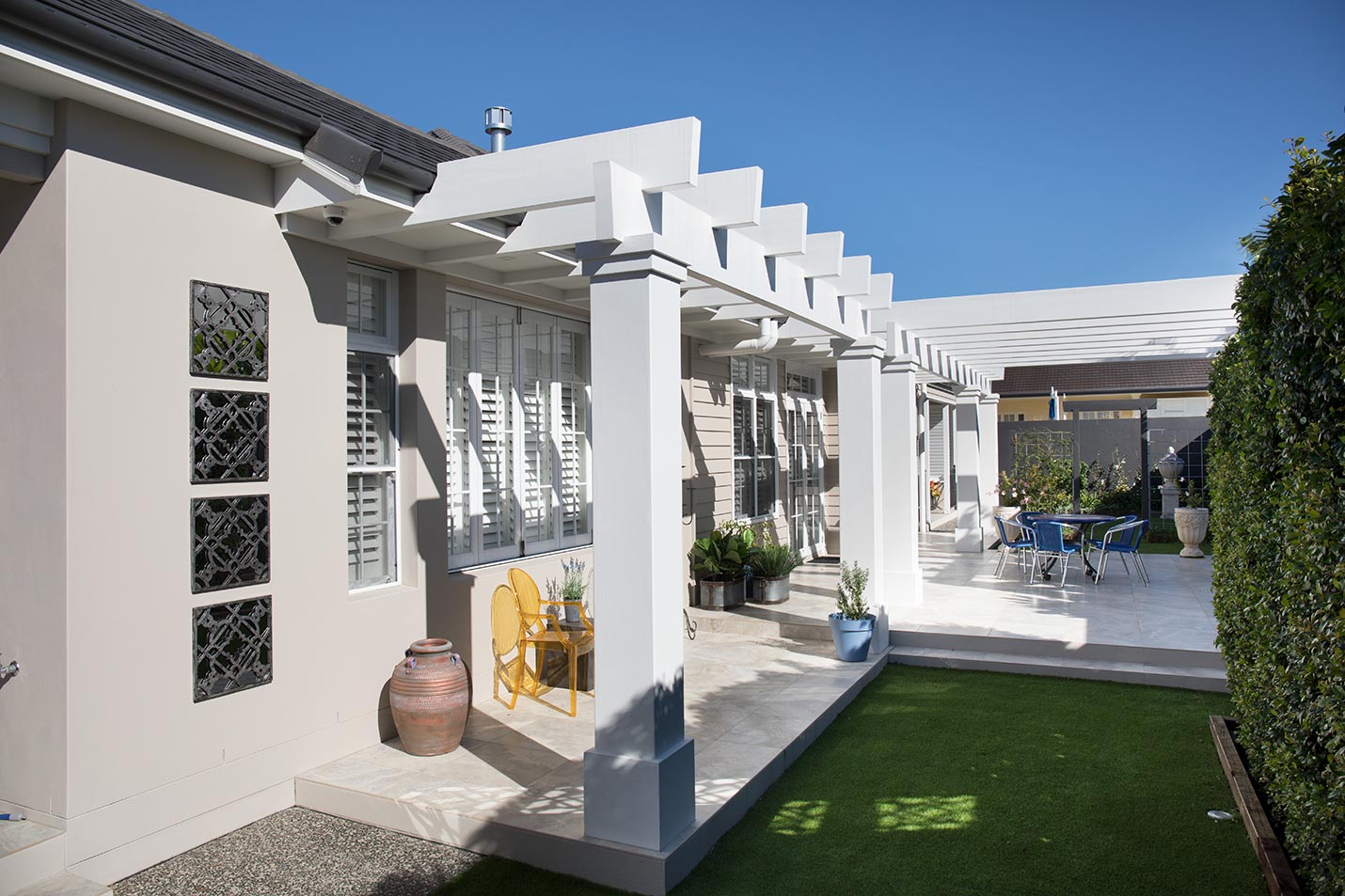 “It was a totally different house than what we had before,” she says. “We had a Georgian-style home before, but this one's in the style of the Hamptons. I just wanted something sort of relaxed and casual, more classic.”

Narelle and Marshall have built two previous houses together, and brought their knowledge from those projects to this home. They chose not to use an architect, but instead used a designer/draftsperson who prepared the plans under their instruction to achieve their Hamptons dream look.  the process and says she couldn’t be more pleased with the end result.

“I did everything that I wanted this time around,” says Narelle. “I just tried to keep it as close as I could to the Hamptons style.”

With that in mind, the slate-look of Monier’s Nullarbor tiles suited the aesthetic she wanted, Narelle explains.

“We had terracotta tiles on our last house and wanted to have them again,” she adds. “The shape of the Nullarbor was exactly what we wanted. Terracotta's great because it never fades, that colour will be there forever. It's worth spending the extra money I think."

The exterior weatherboards have been painted a soft grey/beige shade – known in the industry as ‘greige’ and a rising colour trend. The muted palette is in line with the Hamptons aesthetic and is offset by the dark roof and white timber trims.

A soft green hedge as a front fence adds a traditional feel, framing the front of the house, balanced by the timber panelled garage door and marble front patio and entrance.

The new house could be seen as an empty nester house as both Narelle and Marshall’s children have grown up and moved out. However, there are frequent visits from grandchildren and Narelle says that she’s reserved a couple of bedrooms for the younger visitors.

“There is definitely a grandchildren zone,” she says. 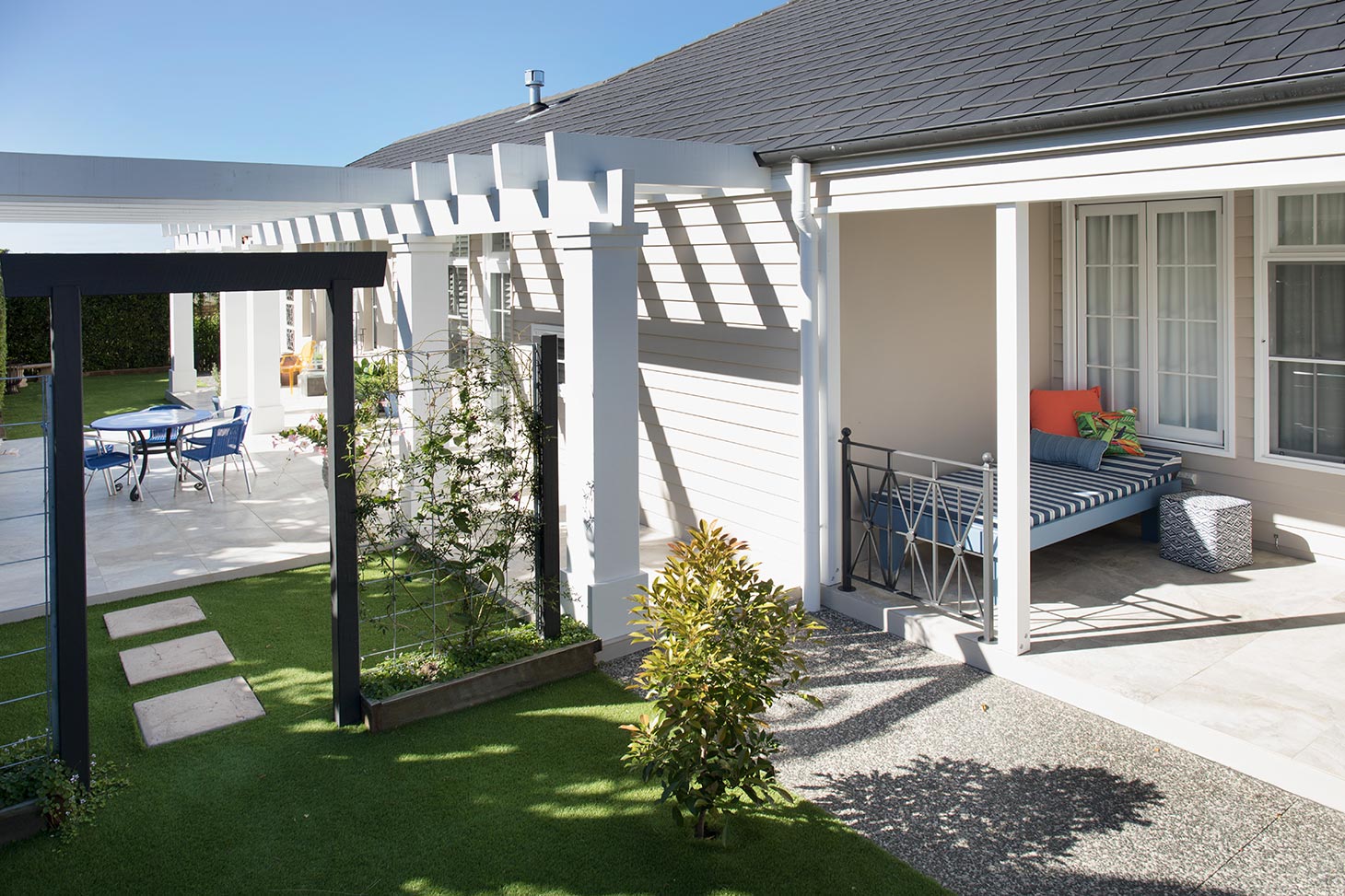 The modern must-haves in new homes


2. Nullarbor terracotta tiles in Granite, Monier Roofing
These slate-look tiles created the exact effect that Narelle was after, and the dark shade complemented the pale exterior paint.


3. Stone trims
The front steps and porch were laid with travertine marble tiles, which are long-wearing and even improve with age, despite being in high-traffic areas. Available from Schots Home Emporium, www.schots.com.au


4. Windows
By Trend in Pearl White, to complement the white timber trim.Windows can be custom made in various shapes.

5. Hedge fence
Consider growing a hedge as a front fence. Hedges will screen noise and visitors and even filter air if you live on a busy road. Our pick? Sweet-smelling Murraya, also known as Orange Jasmine. Available from nurseries nationally.

FIND YOUR STYLE. EXPLORE OUR TILES.

Discover how you can make your Hamptons dream a reality, or explore Monier's Terracotta Tiles.