When designer James Treble creates a new display home for Eden Brae Homes, he starts from the outside in 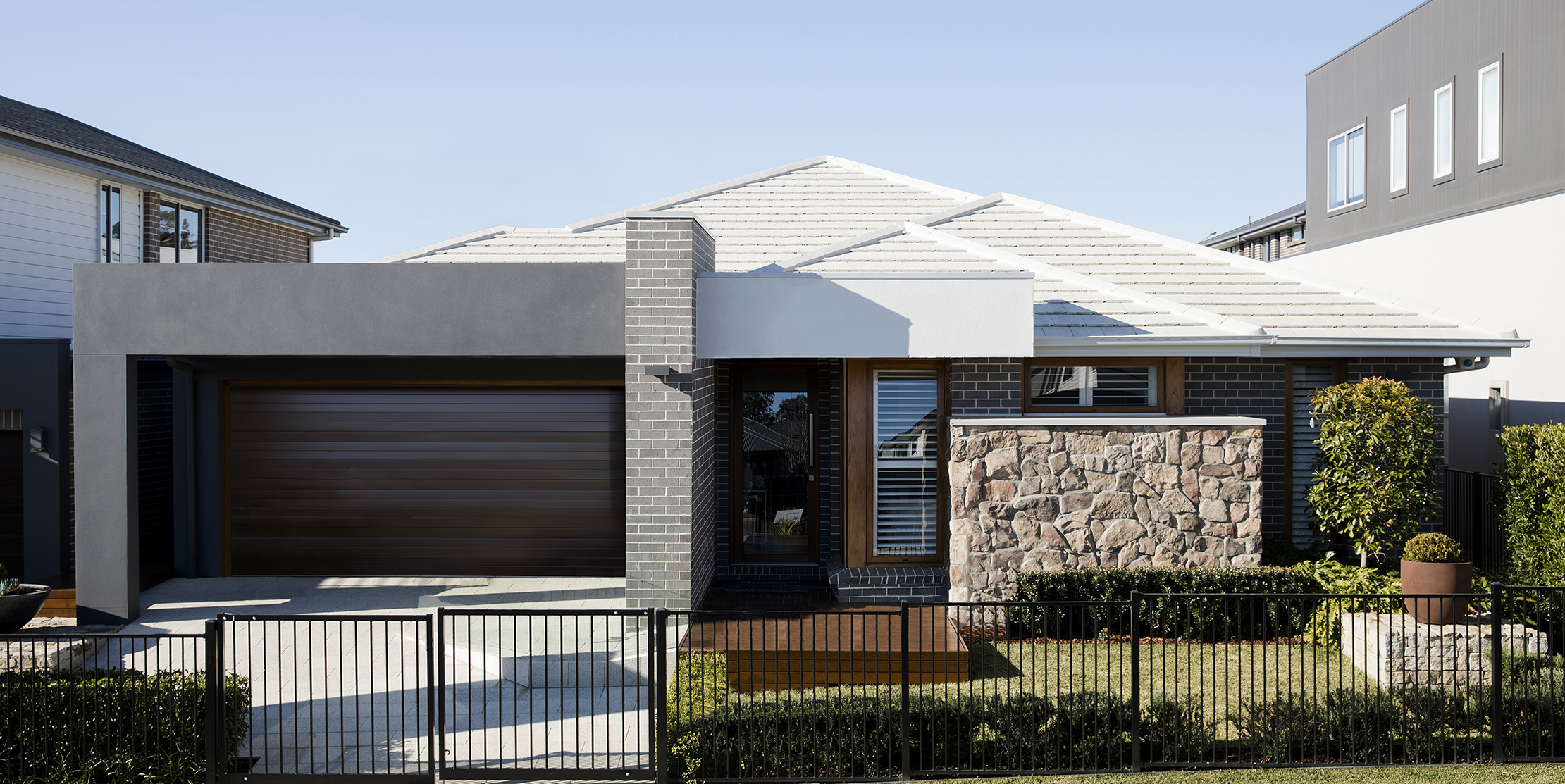 The mid-century home is the hottest look in new (and renovated) homes right now – so it’s not surprising that celebrity designer and trend-watcher James Treble has just created a new display home for Eden Brae Homes that captures this era beautifully.

Mid-century design, which is based in and around the 1950s to ’60s, has been a big trend in interiors for the last few years, but it is now starting to make an appearance in exteriors as well. 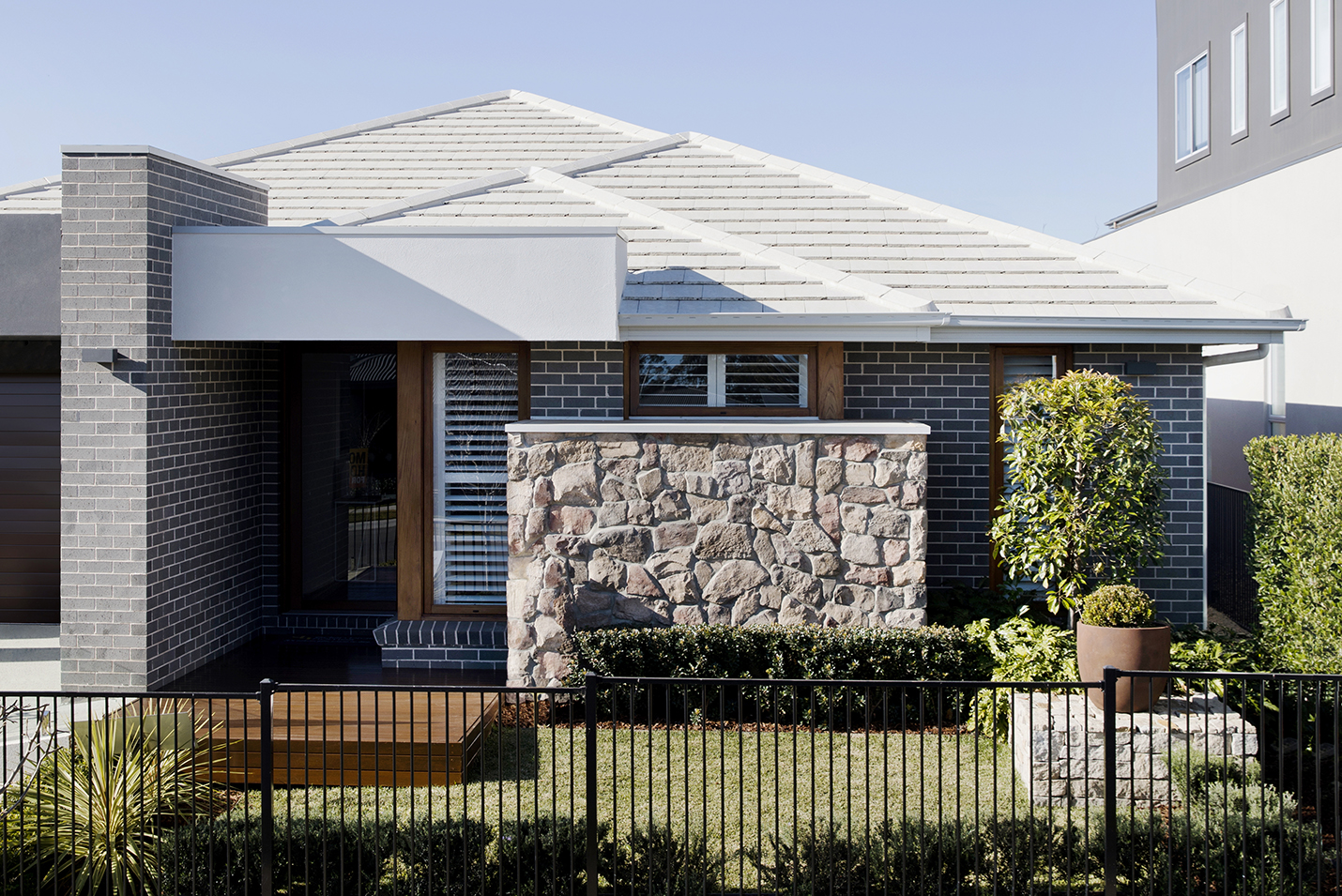 Inspired by a recent trip to the USA’s Palm Springs – and a drive past the original Brady Bunch house, which is set to become the focus of a new reality TV renovation show – Treble decided that the time was right to create a new display home that referenced the mixed textures of that era in a classic, yet contemporary way. 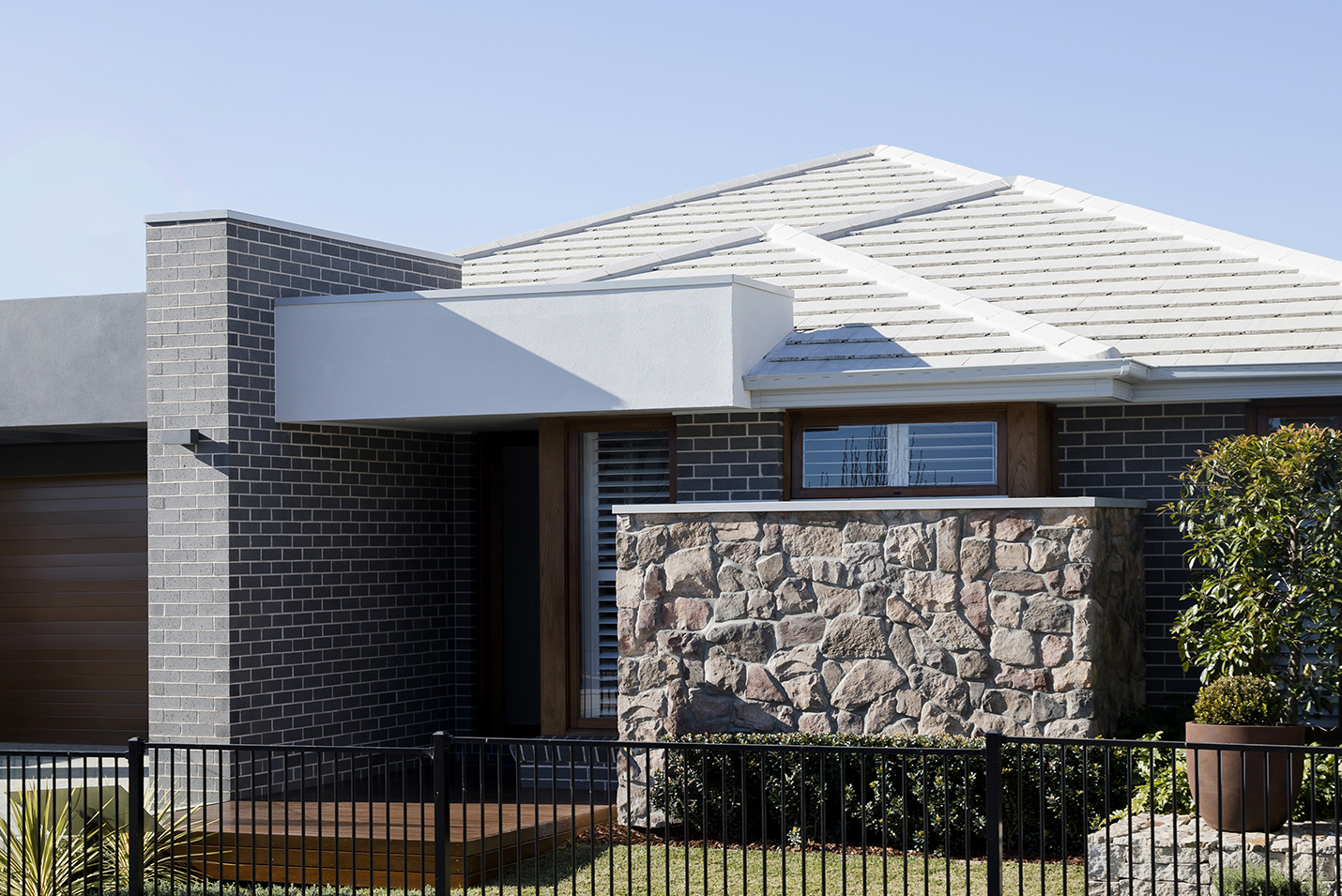 The result is Eden Brae’s Kew 27, which has what is called a Fusion façade, mirroring the mid-century design trend of mixing materials to create interest and character. Located in the new estate of Emerald Hills, in Sydney’s south-west, the Kew 27 is one of the first display homes to reference the era in such a way.

“I really liked that wall set in front of the house with the highlight window,” Treble explains. “I saw a little nod to mid-century modern in that part, so I played with that, and added in the stonework, which is a cultured stone cladding.” 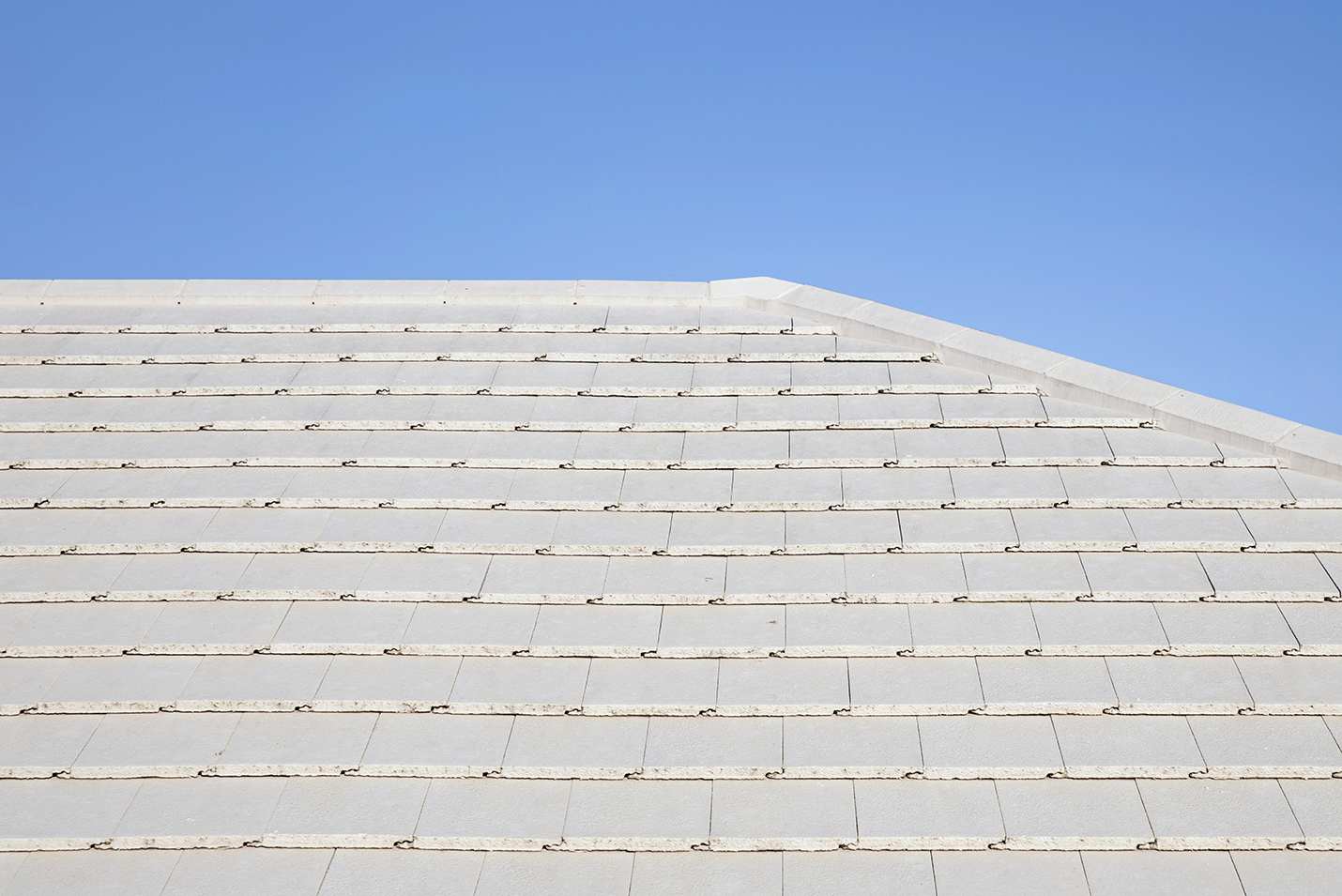 Treble says that when he designs display homes, he likes to think of it in a similar way to the approach of a novelist tackling a new book. 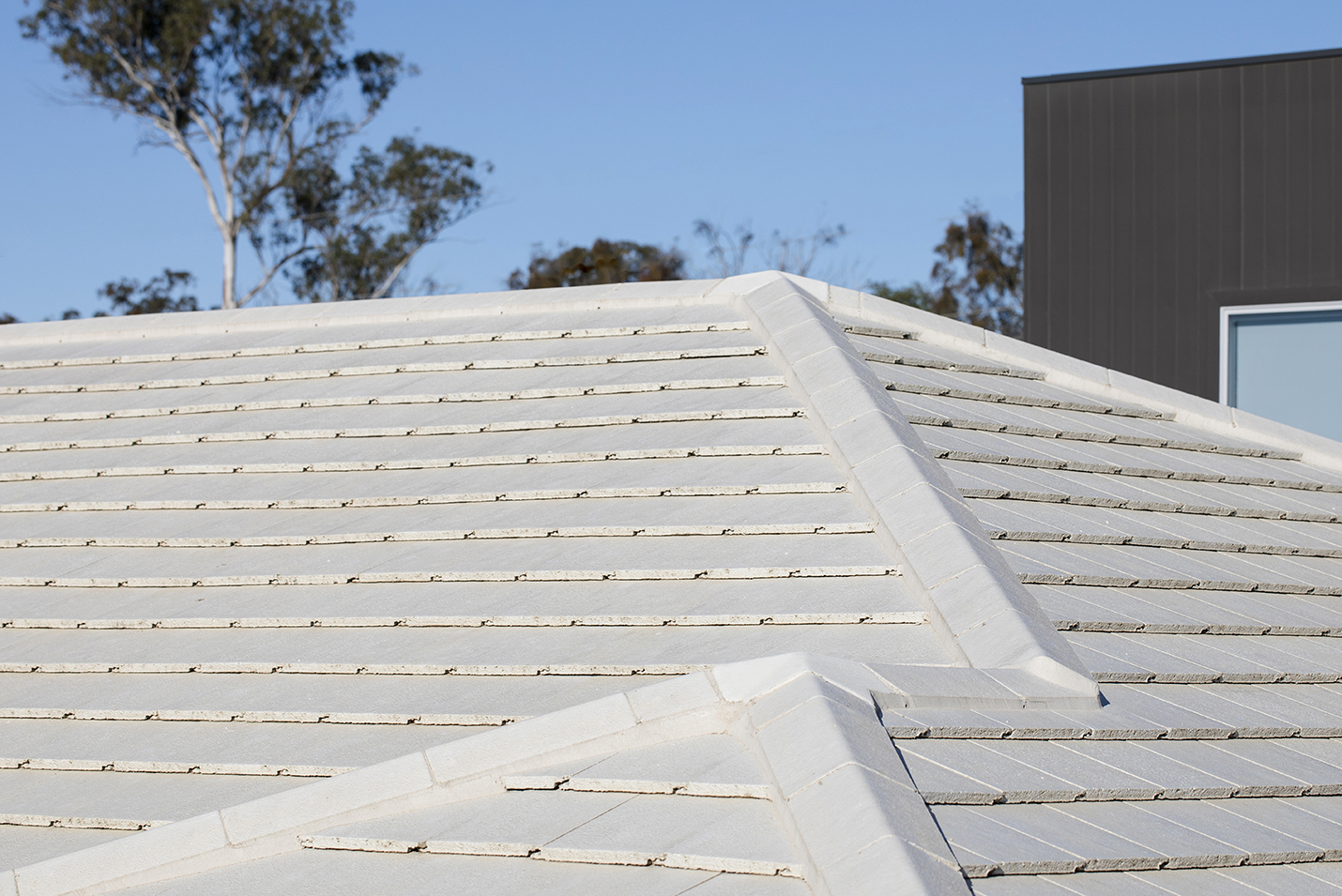 “After I have planned the exterior, it helps me start to build my character – almost like a novel,” he says. “Then I pick and choose from those elements to flow the theme inside. I start with the main floors, and I look at what that’s going to be, and flow it into bathrooms and then I start to put the layering of the cabinetry and the tapware and the door handles and the details that keep it together.”

“I wanted this home to have a relaxed feeling,” Treble adds. “I see a huge influence of mid-century modern in Australian architecture in general. I really see the influence of our generation, who grew up watching the Brady Bunch, with the stone walls and a lot of mid-century elements. It just related really well to the Australian lifestyle.” 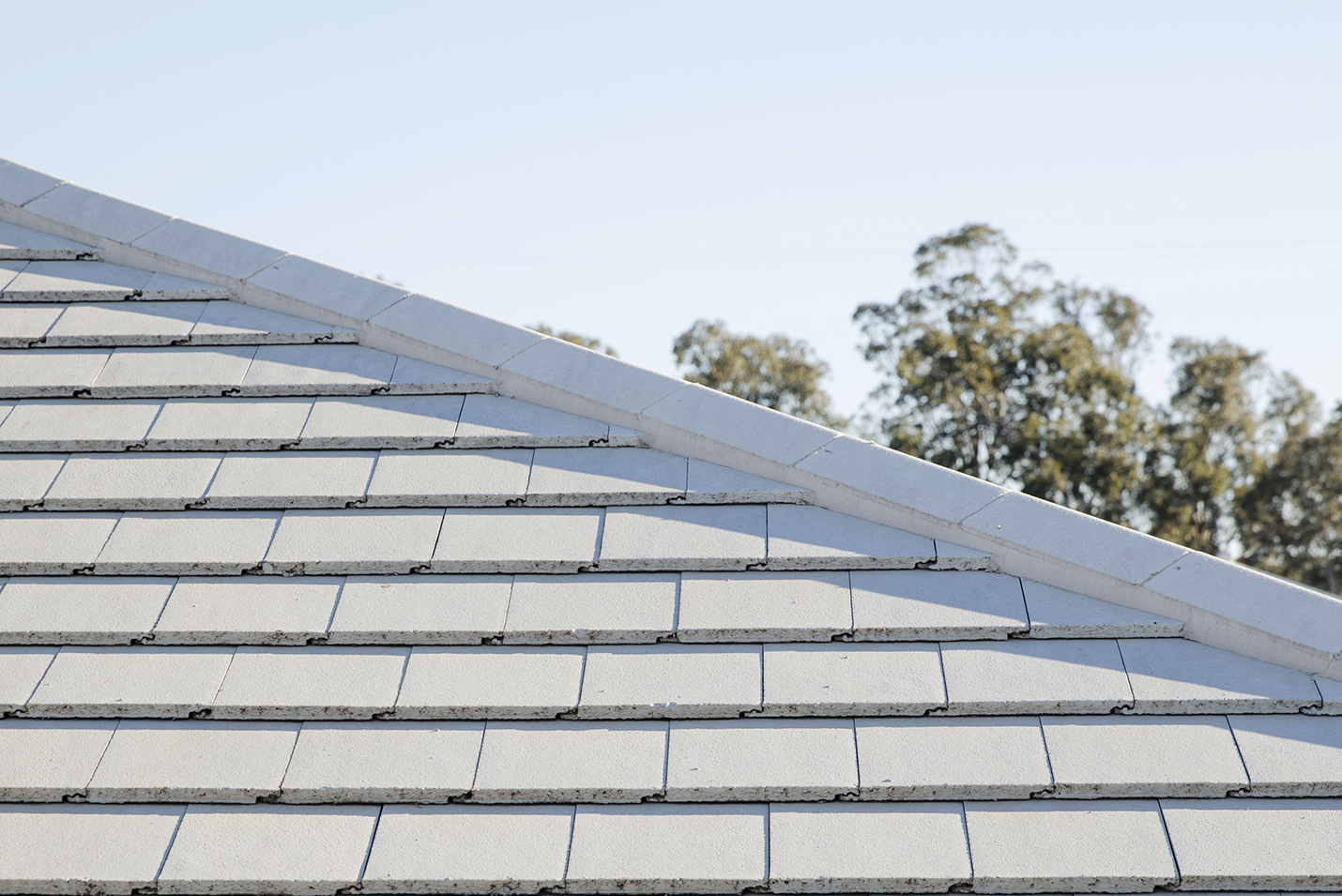 The roof of the Kew 27 is Monier’s Concrete Horizon tile in colour Salt Spray, a lighter shade of grey that heralds a long-awaited move away from the charcoals and blacks of recent years.

The light-coloured tiles complement the mid-century aesthetic, which relies on using a feature element such as the stone façade to be the focus. Indeed, mid-century homes were almost overwhelmingly designed with tiled roofs, often with mixed pitches. 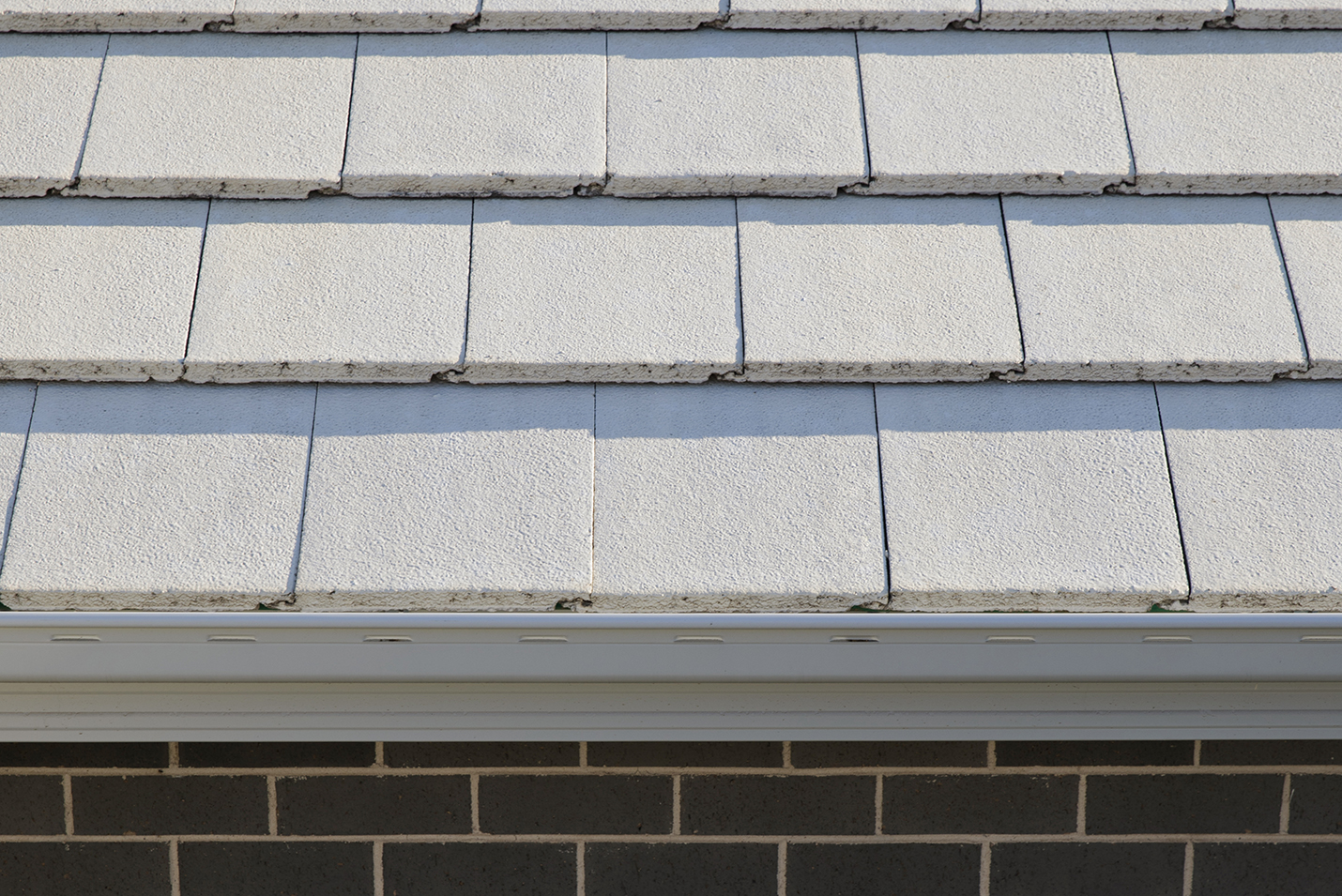 “I talk about the roof being like a large hat,” explains Treble. “When designing a house, I am aware of the texture on the roof, to not let it dominate the rest of the home, but still be a strong support for the exterior look. The roof choice is such an important decision when you’re designing a house.”

In the display home, Treble has teamed the light-coloured roof with the Truffle brick, from PGH Bricks’ Alfresco range, which is another grey tone. “The texture and the mortar with the off-white mortar just gave a little bit of character to help balance the tones in there,” he adds, “because really it is all about the hero of the façade being the cultured stone (the Dressed Fieldstone in Chardonnay from PGH Bricks), which dominates that front façade.”

“I think people underestimate the power of texture on a home – having texture throughout the finishes is really important to make it visually interesting, but still somehow calm.” 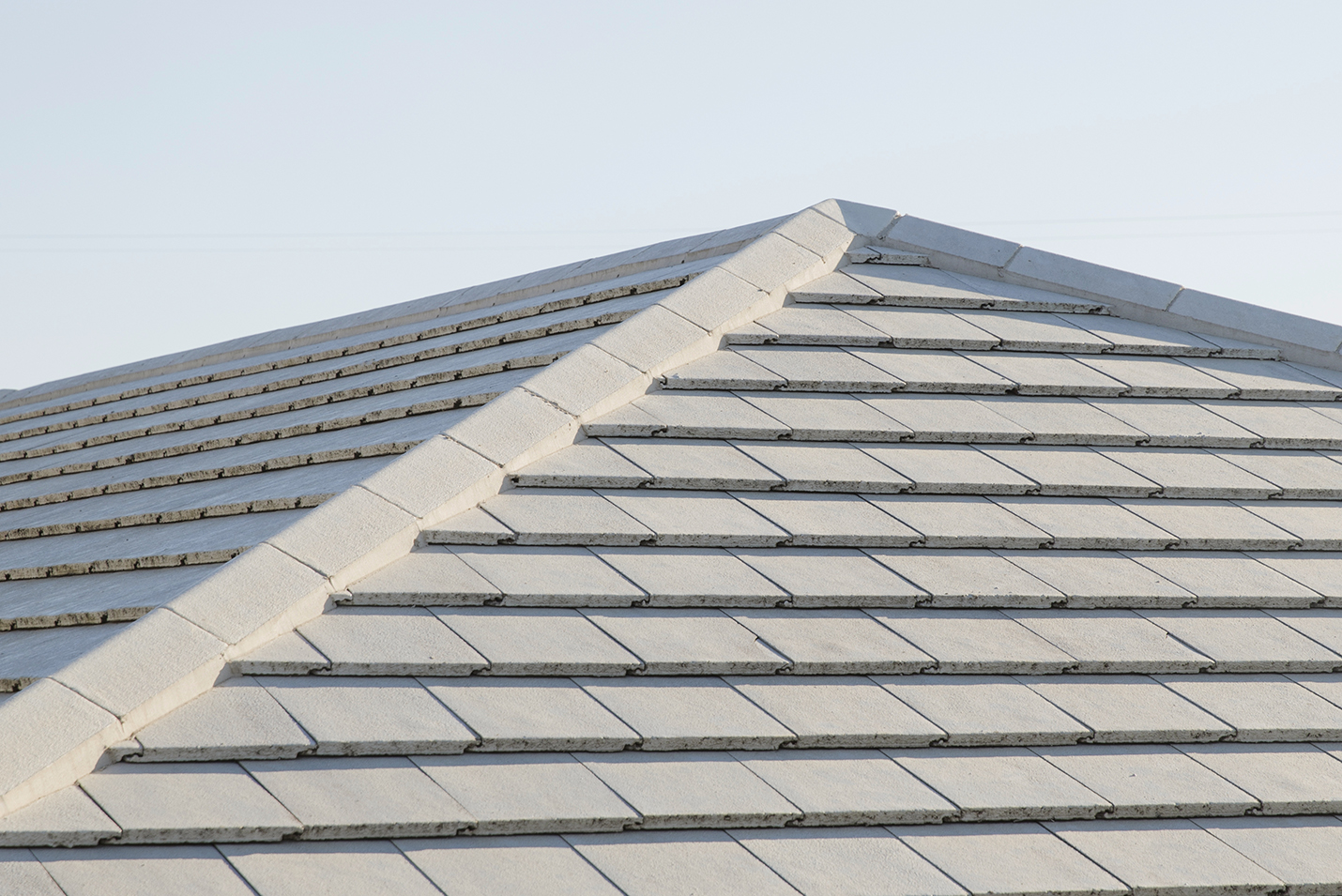