A 130-year-old grand homestead in NSW’s Southern Highlands is updated with a roof that respects and honours its heritage. 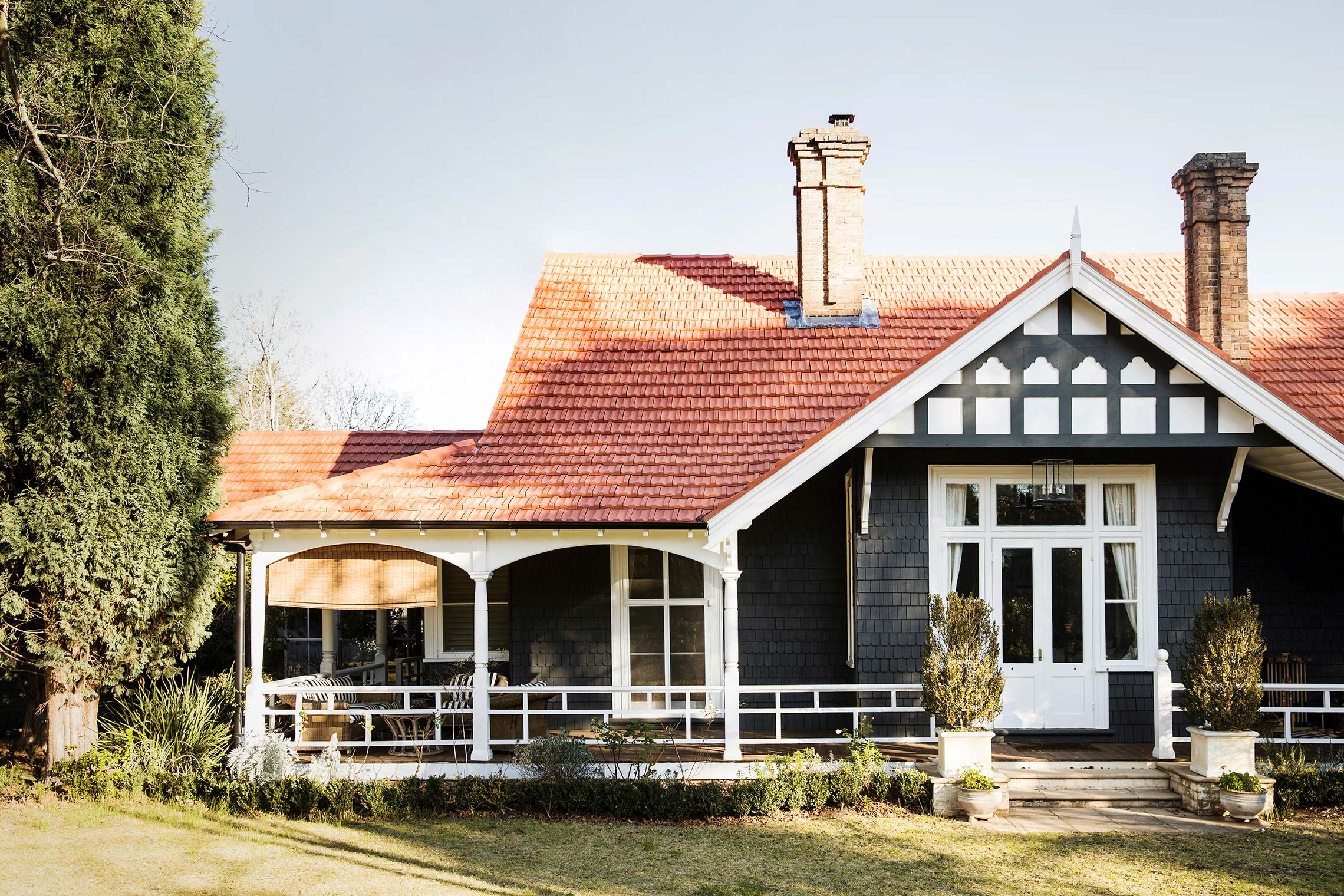 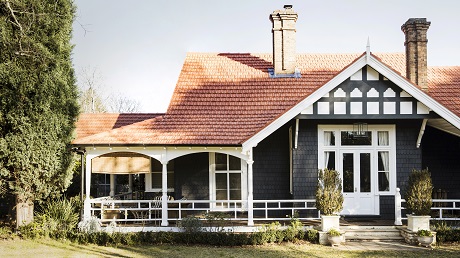 Annie has owned the house, a 130-year-old grand Federation home, for 10 years, and says it was so well preserved when she bought it that she hasn’t had to do much work on it since.

“The inside had been renovated, which was great,” she says. “One of the bathrooms is original, which I loved. It had a new floor bath and a new vanity and things like that, but the original tiles are still there.”

The biggest change Annie did was to add a separate wing to the house, which she turned into accommodation.

“It’s completely separate to the main house,” she says. “And I get people staying there, which is great. And when the family are there, I can just have it all open, and we can enjoy it.” 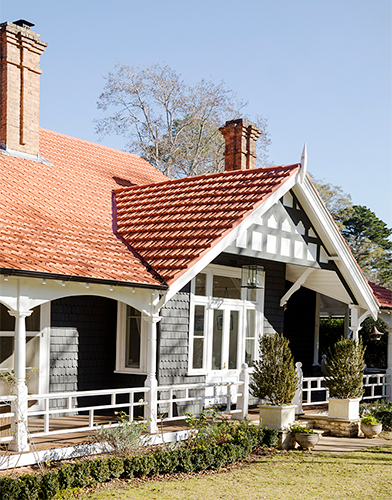 The home is set in amongst a beautiful garden, and Annie says she loves the fact that the climate of the Southern Highlands means that she enjoys all four seasons – including spring bulbs and autumn colours.

“The gardens are great,” she adds. “I tend the gardens because that's what I love doing. Winter gardens aren't spectacular, but there are a lot of bulbs coming through now. And I do love the four seasons. I think they're fantastic.”

With such a special property, Annie says she was careful about the choices when it came to re-roofing – both in the product used and the tilers she chose. The terracotta tiles on the house were mostly original – and more than 130 years old, which demonstrates the product’s longevity. Indeed, the colour had remained just as strong as when they were first laid, proving that Terracotta outlasts any other roofing product in terms of colour.
She decided to stay with the same product, choosing Monier’s Terracotta Marseille tiles in Earth colour, which reflect the original aesthetic and style.
The result is that the roof doesn’t look much different – just a little fresher and tidier, she says.

“Terracotta is always good. And even if it weathers a bit over the decades, it's still lovely. I loved the old roof. But it does have to be replaced eventually, although 130 years is pretty good.”

Interestingly, the original tiles were still in relatively good shape, says Annie, and might have been fine for a few more decades, if it wasn’t for the local possums.

Another nice addition was the use of Monier’s new Elemental Slate product, on a side awning. Their slate-like appearance kept to the heritage theme without dominating the main roof. 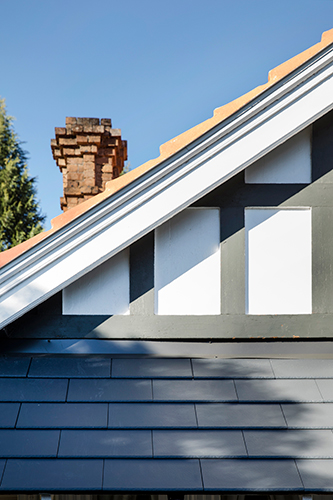 Annie chose Michael from Tim and Terry Tilers, for the work, as they work exclusively with Monier Roofing and had just the expertise she needed for such a delicate job.

“The possums were starting to really crack the tile. If I didn't replace it this year, it would have needed doing in the next few years.”

And so are the possums gone? Yes, says Annie. “I actually got traps and trapped them all and took them over to the other side of the river.”

“And Michael came back at the end of the job to make sure that the possums were gone. They took such extra care – they were terrific.”
Five ways to respect a heritage home

1. Stick to the original materials, whenever possible. Annie chose the same style of terracotta roof tiles that were used by the original builders, ensuring that the home respected its history.
2. Cater for the four seasons in your garden – in the Southern Highlands, Annie gets to experience winter frosts, spring bulbs and gorgeous autumn colours as well as a sunny January.
3. Potted colour. Annie has touches of potted citrus throughout the garden, which provides a pop of colour even through the winter months. She added a rustic touch by using old barrels for containers.
4. Timber shingles. The house was clad in timber shingles, which Annie painted in a dark charcoal to give it a modern touch.
5. Elemental™ Slate. An awning at the side of the house was updated with the Elemental™ Slate roofing solution in Inkstone, reflecting the look of the original slate tiles. 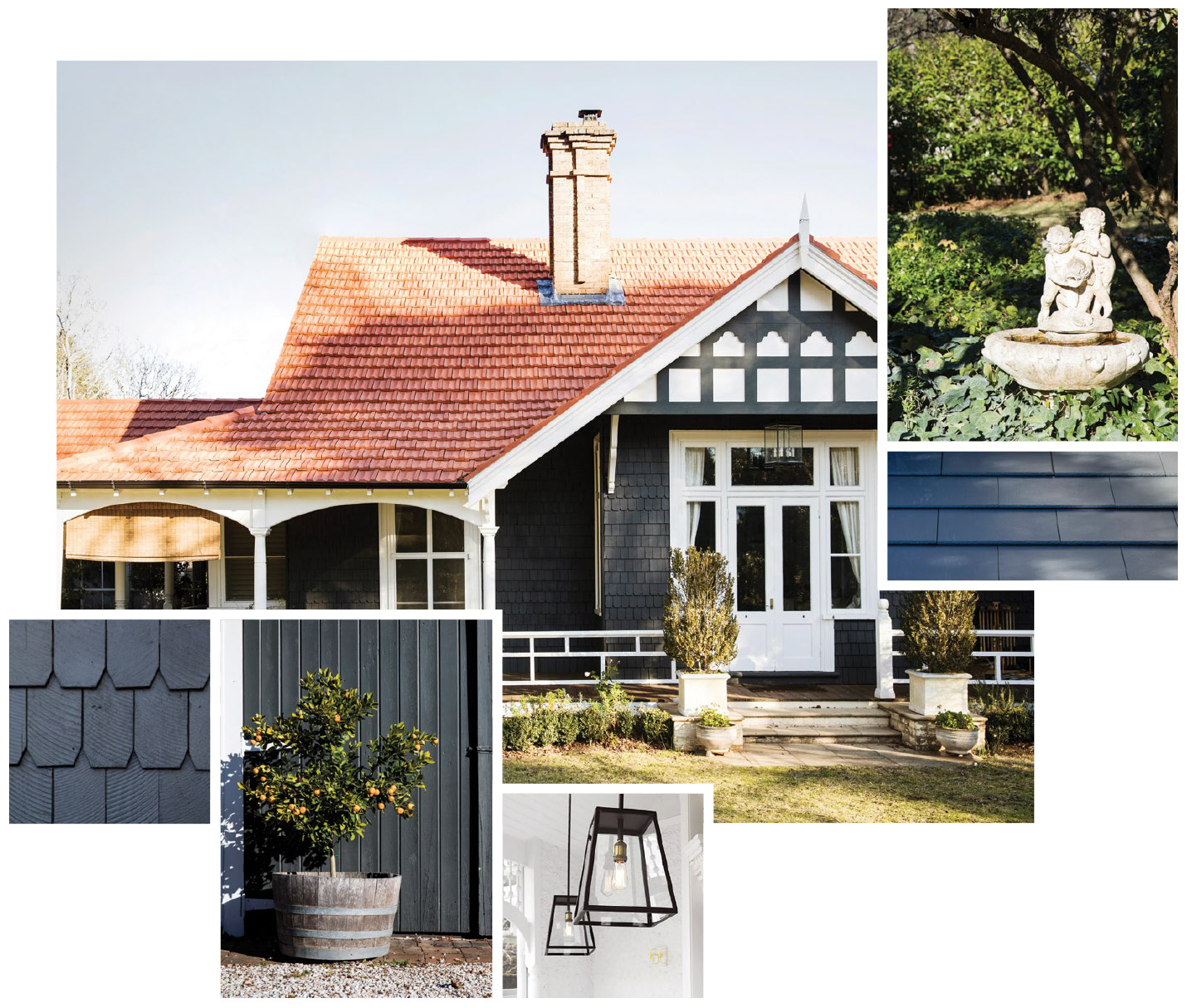 If you're planning a new roof or simply need inspiration for your heritage home, check out more about our range and inspo below.