When Mimi and Steve Summers designed their dream home, they wanted to add a little savoir-faire to every detail. 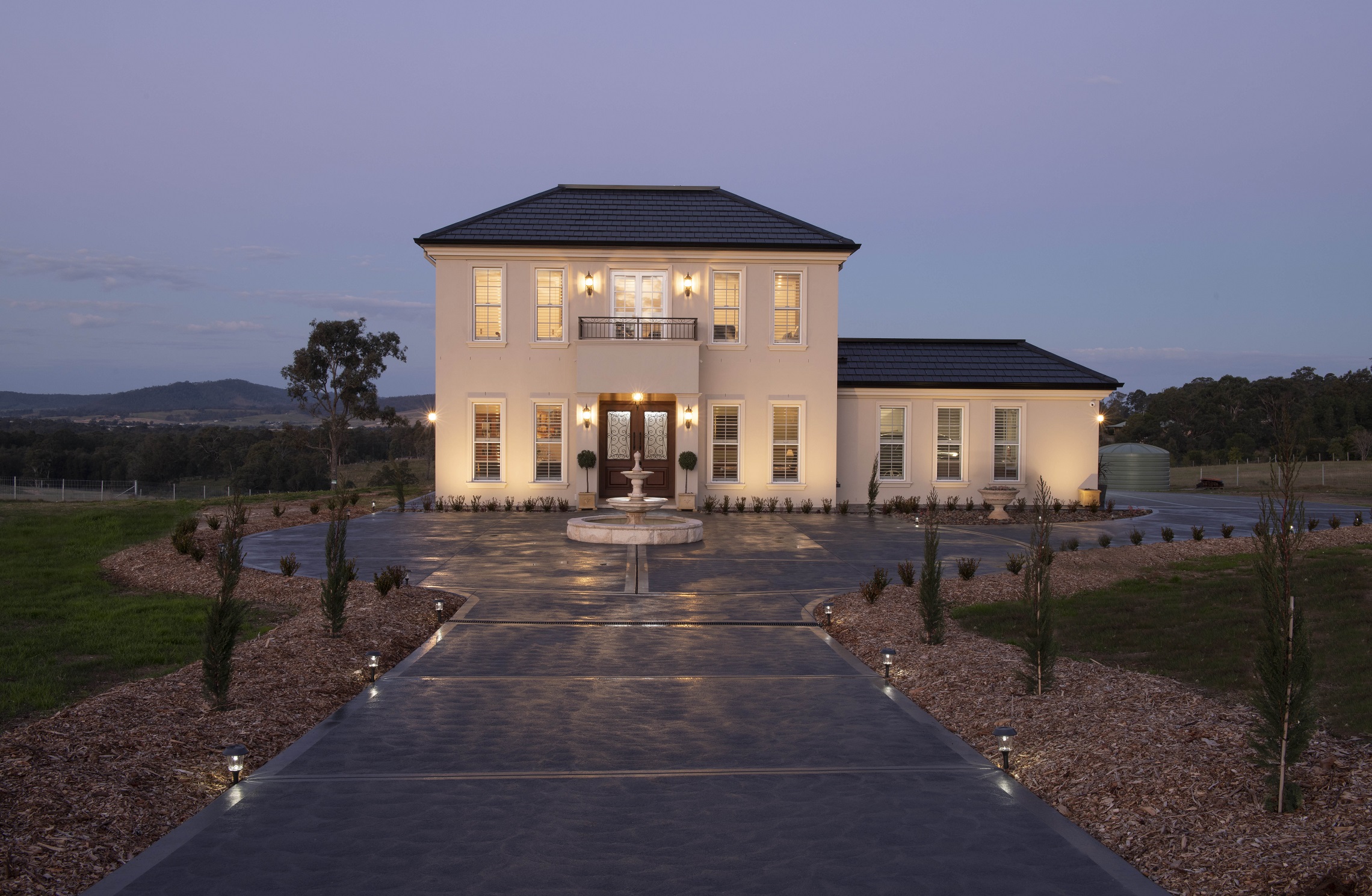 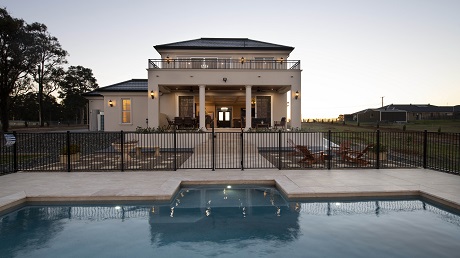 Mimi and Steve Summers are definitely living the dream: a tree change, a dream career – and now their dream home.

The couple has just completed a 24-month build of a grand new French Provincial-style home in the NSW Hunter Valley, moving in just a couple of months ago. It’s a spectacular home – set high on a hill with sweeping views and every detail they have always wanted.

Originally from Sydney’s inner west, Mimi and Steve were looking for a tree change that involved giving up their corporate careers and moving to the Hunter with their teenage son Brandon, an area where they had spent many a happy weekend away. 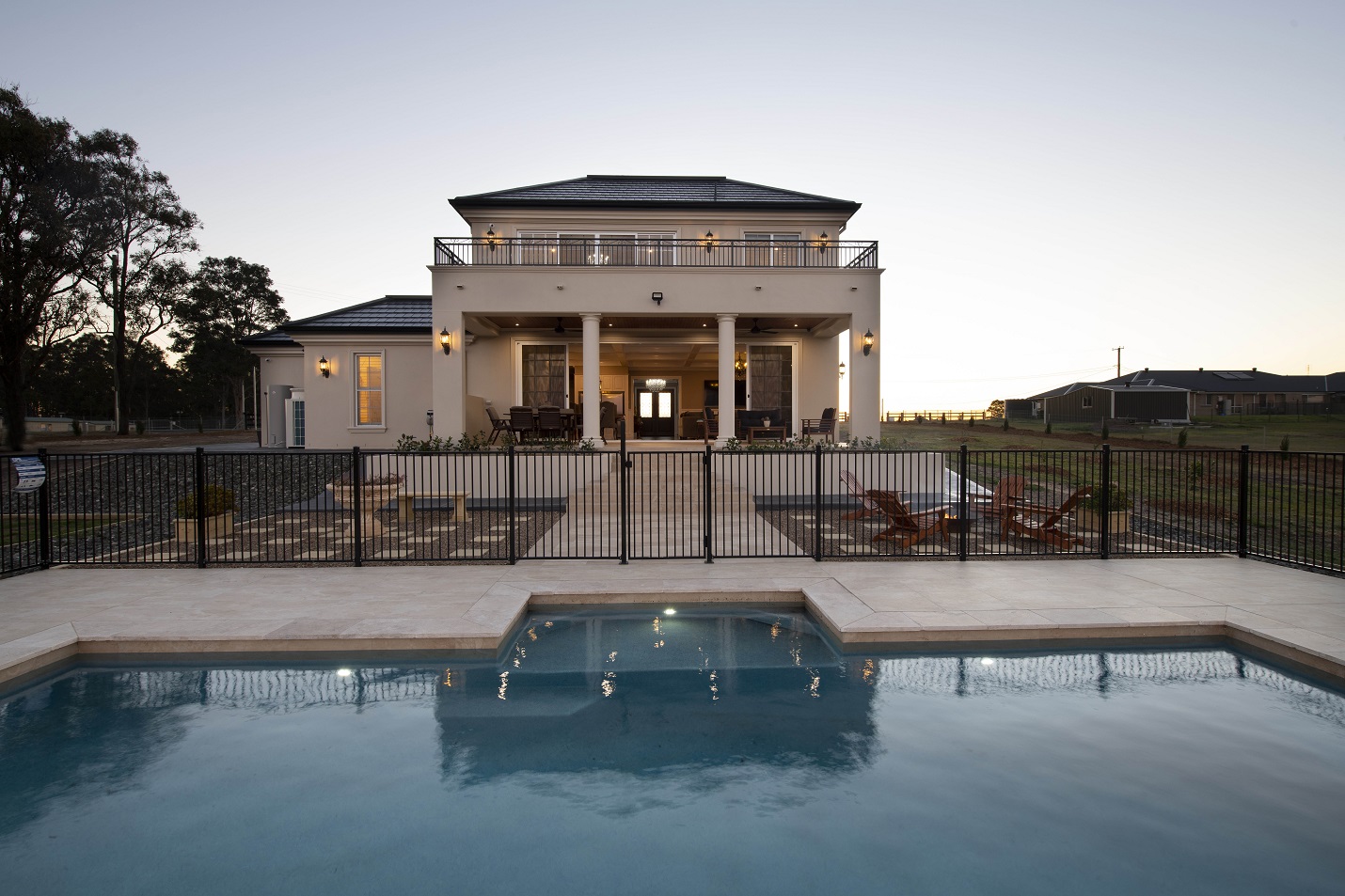 Having travelled extensively in Europe and the US, they had fallen in love with the French Provincial style and were determined to re-create its classic flair and elegant lines in their new semi-rural location. They designed the home themselves, working closely with a local master builder – Lance Murray Quality Homes – and are very happy with the end result.

“I just love design and I've got a home design business (Luxe Home Designs and Décor by Mimi),” Mimi says. “When I walk through the home and see all the elements in my head realised, it's actually quite surreal.

“We're really happy with the quality of the finishes.”

Capped off with a traditional French mansard roofline (high-pitched sides and flat top), the home captures all they love about the French provincial style, along with classically understated exterior details, such as a formal garden, portico and symmetrical mouldings. 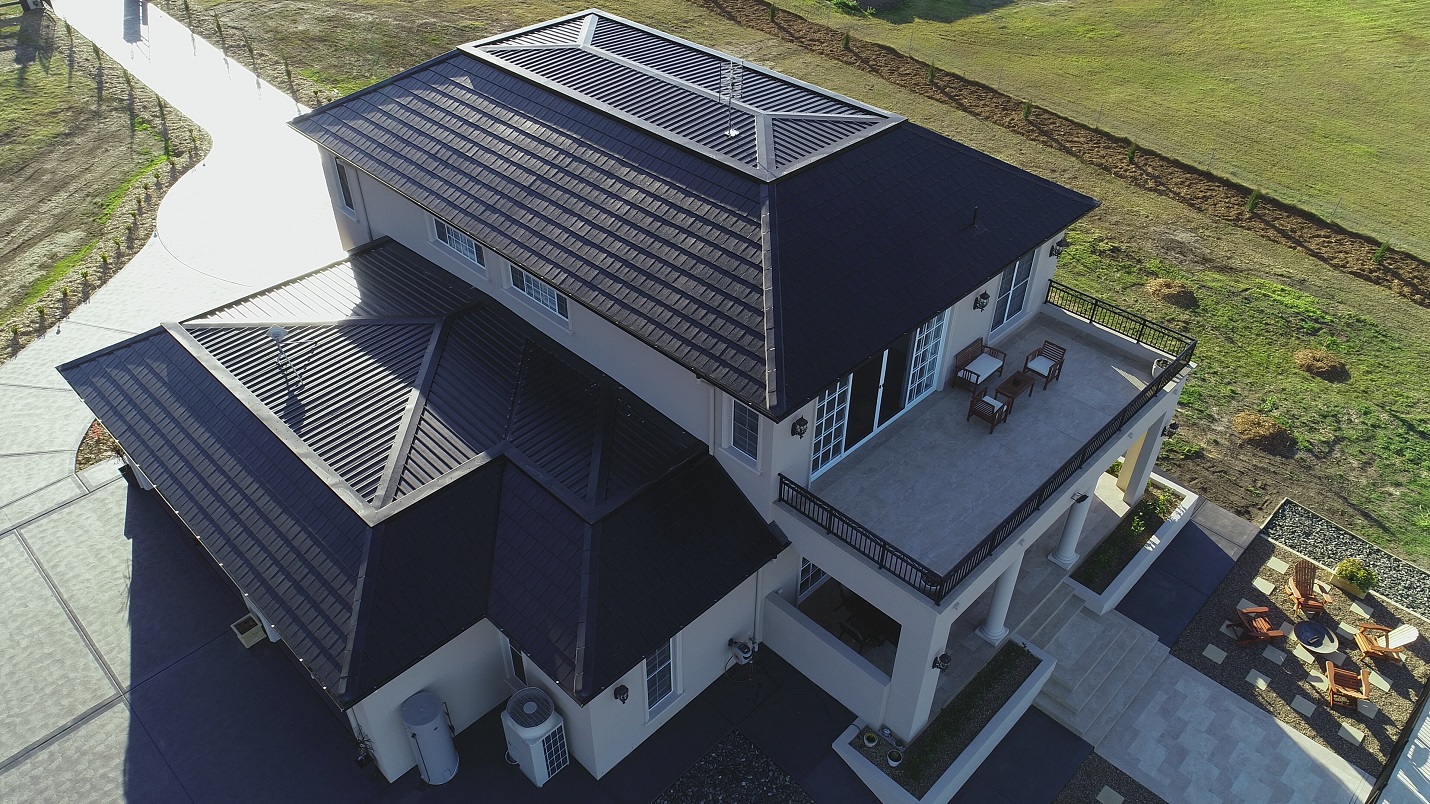 They chose Monier Roofing’s Nullarbor Terracotta tiles in Titan for the roof. “The Nullarbor was the obvious choice due to its flat and sleek profile, which gave it that European look and feel,” says Mimi. “The symmetrical A-line ridge tiles give it a sophisticated look.”

The Hunter Valley is known for its extreme temperature variations – hot summers coupled with frost and icy winters – which also makes tiles an obvious choice because of their durability.  Tiles are also recommended in bushfire-prone areas such as the Hunter Valley, another consideration.

“I love the character of the home, and its classic architecture,” says Mimi. “When you look at the outside you can see lots of symmetrical detail, which are also complimented by the mouldings.”

Every part of the exterior was thought through – from the window surrounds, to the interior and exterior doors, garage, the back doors, the fountain and the coffered ceiling inside. 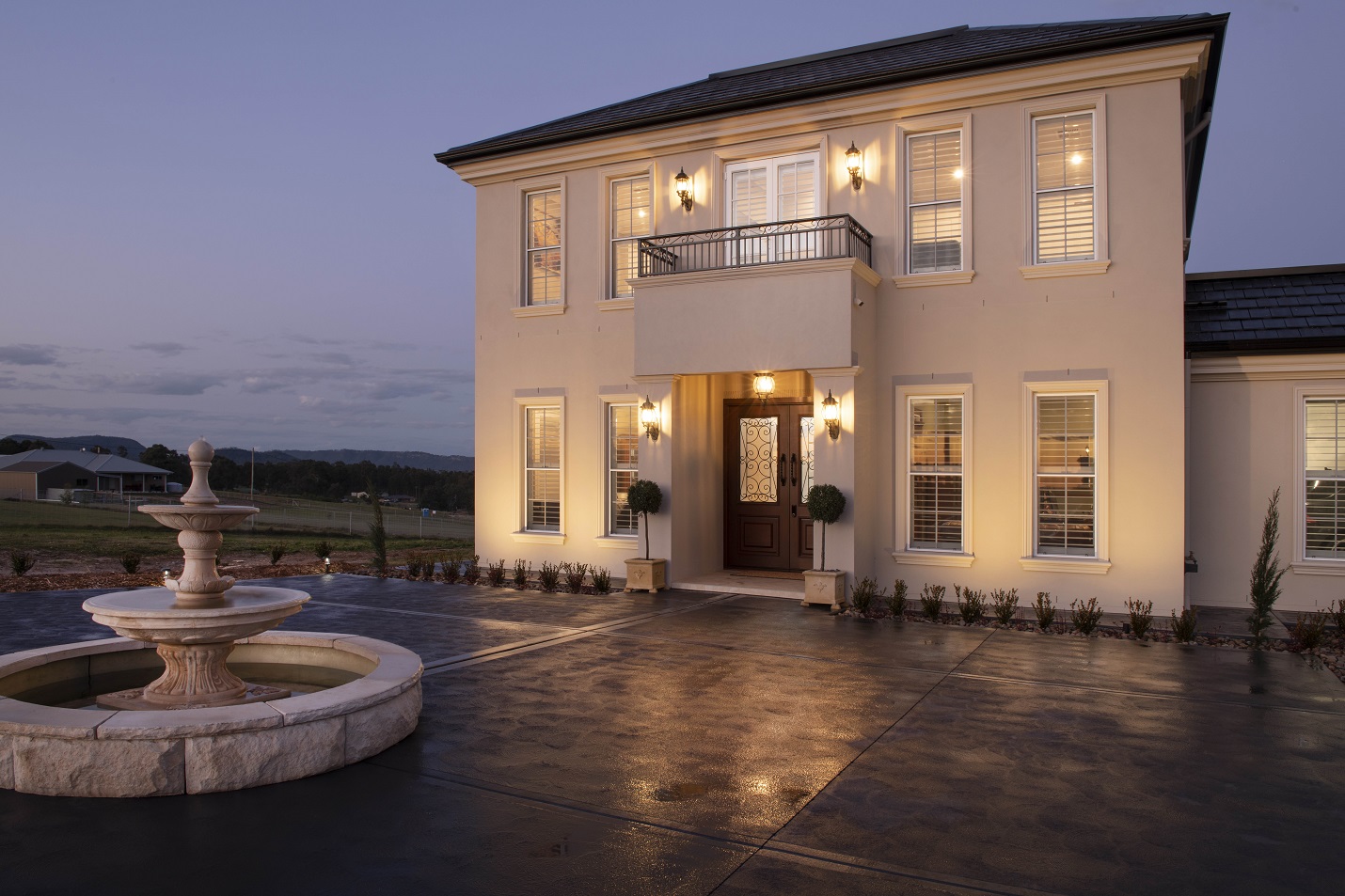 “I spent a lot of time putting a lot of detail,” she admits. “Some of the concrete mouldings outside were three and a half metres long!”

“We definitely had our challenges, but I think the end result and the streamlined look of the outside – with the shadow lines it provides at different times of day – is absolutely beautiful.”

HOW TO CREATE A FRENCH PROVINCIAL-STYLE HOME

1. Formal gardens
French gardens are commonly quite formal in design, with clipped hedges and potted topiary. Mimi chose pots of standard buxus to frame the front door, which are tough enough to handle Australian climate. Pencil pines line the driveway and front fenceline.

2. A classically styled portico
A Juliet balcony graces the first-floor frontage over a portico, providing the architectural signature of the French Provincial façade.

3. A mansard roof
Also known as a French roof, this style of roof first originated in France in the 16th century. The Summers home comprises of a two-tiered roof system with two slopes on each side. The lower is a 30-degree pitch with the upper at 5 degrees.

5. Natural elements in the interior
Mimi built a huge fireplace made of PGH Cultured Stone in Aspen to add a focal point in the 80sqm “great room” which boasts coffered ceilings, an open-plan kitchen and sweeping views out to the countryside.