After 25 years, Rob and Trudi Kury decided to update their family home – and bring it into this century, from the roof down. 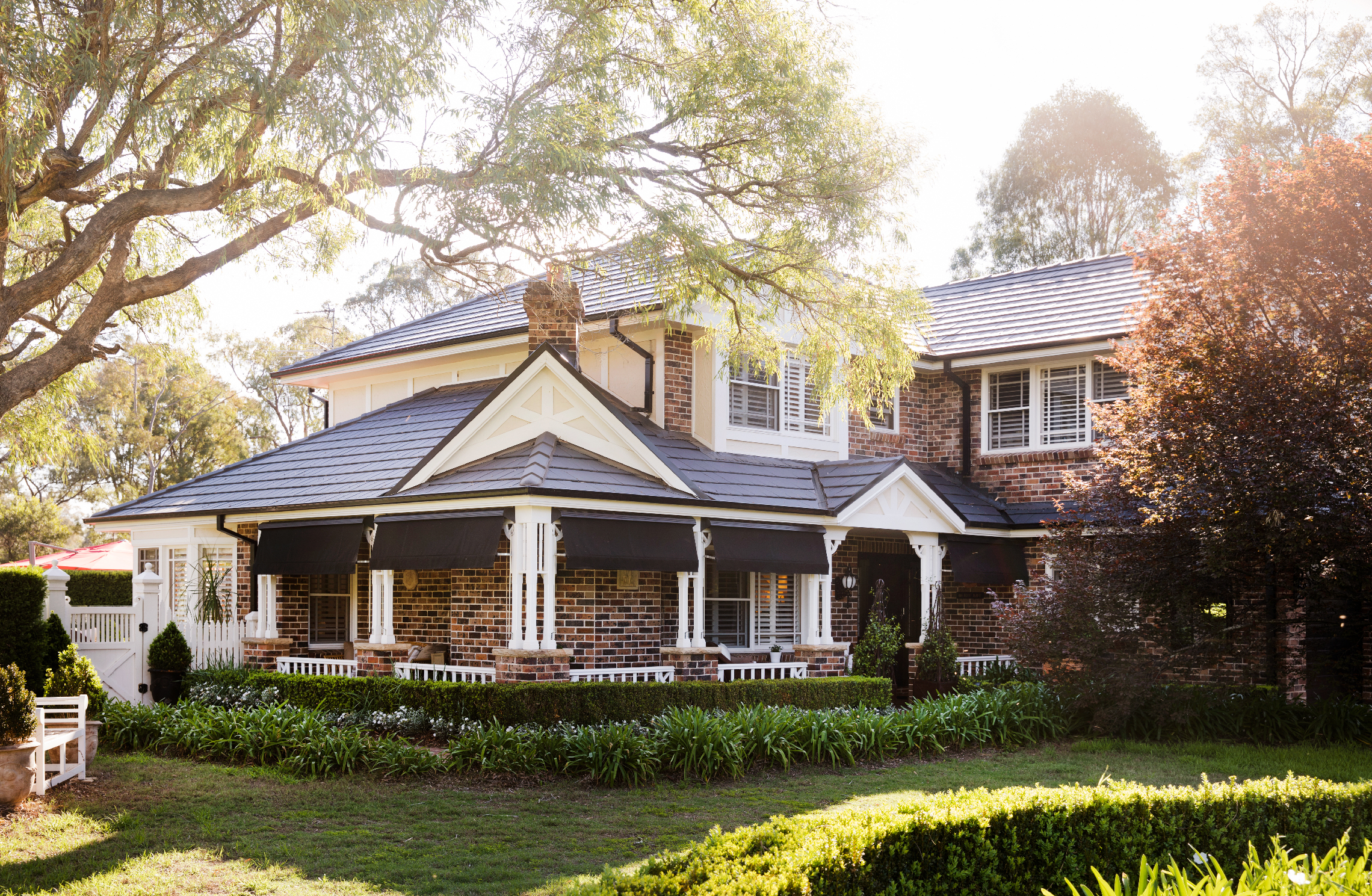 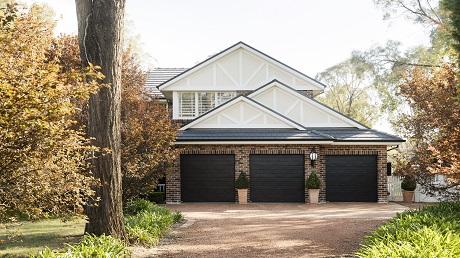 There is no doubt that no matter how well you build your forever home, styles change and trends move on. One day you might be looking around and realise that everything in your once-modern abode is looking just a little tired.

That’s exactly the thought process of NSW’s Rob and Trudi Kury. Their Windsor Downs home was designed and built in the 1990s – at the height of the Australian obsession with the Federation style. It featured all of the design elements of the time – green and cream-painted timber trims, a dark timber kitchen and worn concrete tiles on the roof.

It was time for an update, they say. 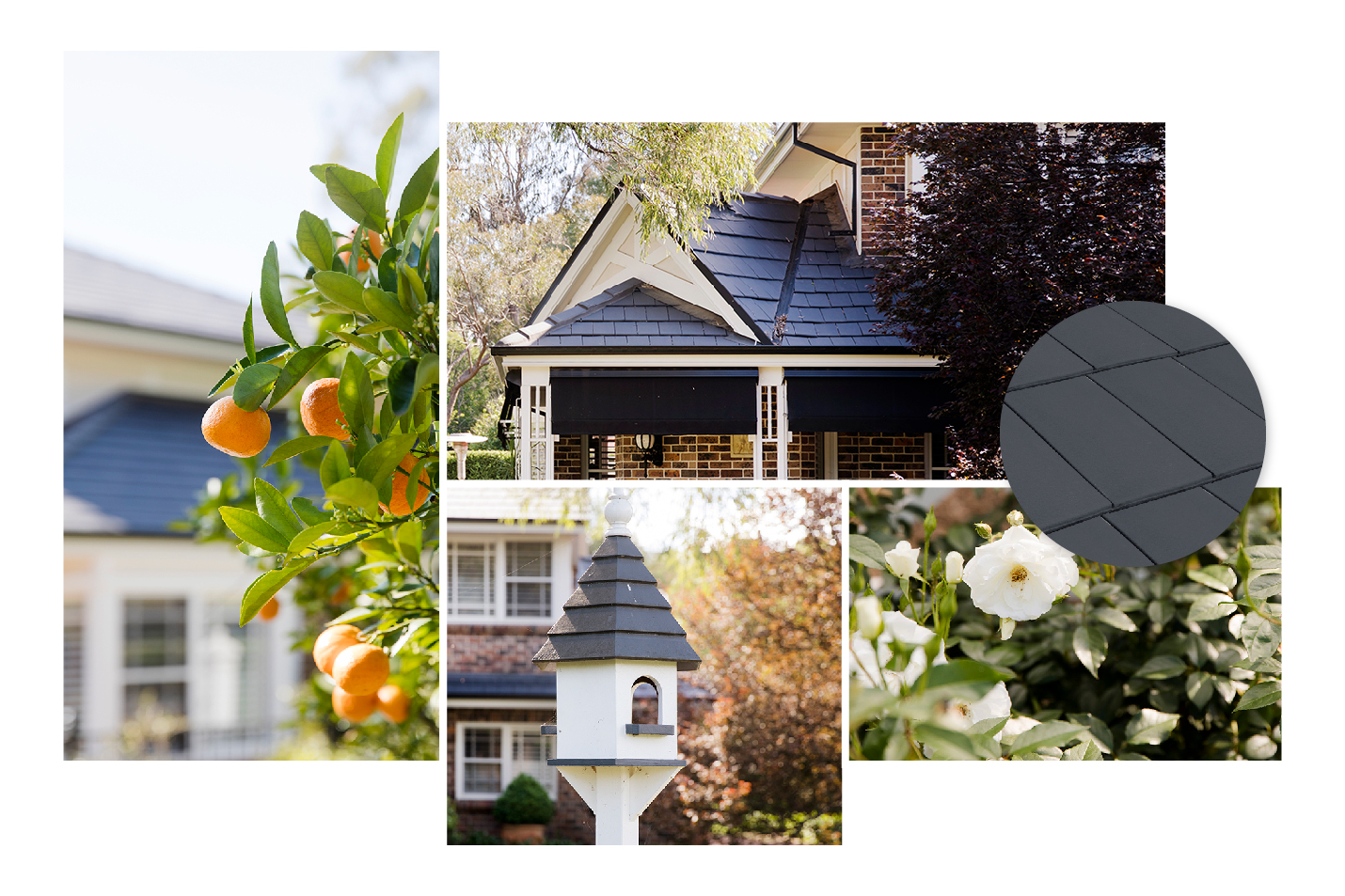 “The other roof was a concrete roof,” explains Rob. “It started to discolour and go quite light and greyish. We weren't really that keen on the look of it and we thought that it was time for an upgrade. We wanted to get something that holds its colour, which is why we chose Terracotta.”

Trudi says that the house, while perhaps a little outdated, was essentially well designed internally and externally, so they decided to keep the floorplan, but just refresh everything, starting from the roof.

“It's structurally and cosmetically a very nice looking home,” she says. “It addresses the land that it sits on well. It's a good-sized home and it has good bones. It just needed to be brought up to 2018.”

They engaged Dreamroof for the roofing job, which included replacing and updating the guttering and was the biggest part of the property’s overall – essentially taking it from a dated Federation look to a Hamptons-style home.

“It was all part of a major renovation,” says Trudy. “Essentially starting from the top down. We saw that the whole property looked dated as compared to what modern properties look like now.

“So, we started at the top and we worked all the way down, which is why we did the roof and then we did the gutters and then we painted. And then we put in shutters. Then we revamped some of the garden. It's not the house that it was 12 months ago.”

The new roof tiles are Monier Roofing’s Terracotta Nullarbor tiles in Peak colour, which offered the sleek and dramatic look that the couple wanted, in order to achieve the streamlined style to align with the house’s new façade. And while the couple have no plans to sell the house, they say they were mindful of the fact that because the Terracotta won’t fade, it will maintain its colour if they change their mind in the next decade and put it on the market.

Rob and Trudi chose the home’s semi-rural location 25 years ago, with a view to having space to raise their family, and even though the kids have all grown up now, they say they love the area and their garden, and don’t want to swap it for a smaller, more manageable block at this point.

“We used to live in the city,” says Rob. “This is on acreage and we moved out here when our kids were born.”

He adds that every time they think about moving closer to the city, they “drive in to the traffic and then we think, no, maybe we'll think of something else”.

The couple has always been keen gardeners, and surrounded the house with a beautifully maintained series of outdoor garden “rooms”, that include hedged areas and a pool.

Trudi says that she is the designer, while Rob does the hard physical labour. A big admirer of garden designer Paul Bangay, her favourite garden is the walled garden out the back, which includes gracious urns, clipped hedges and an all-white plant palette. 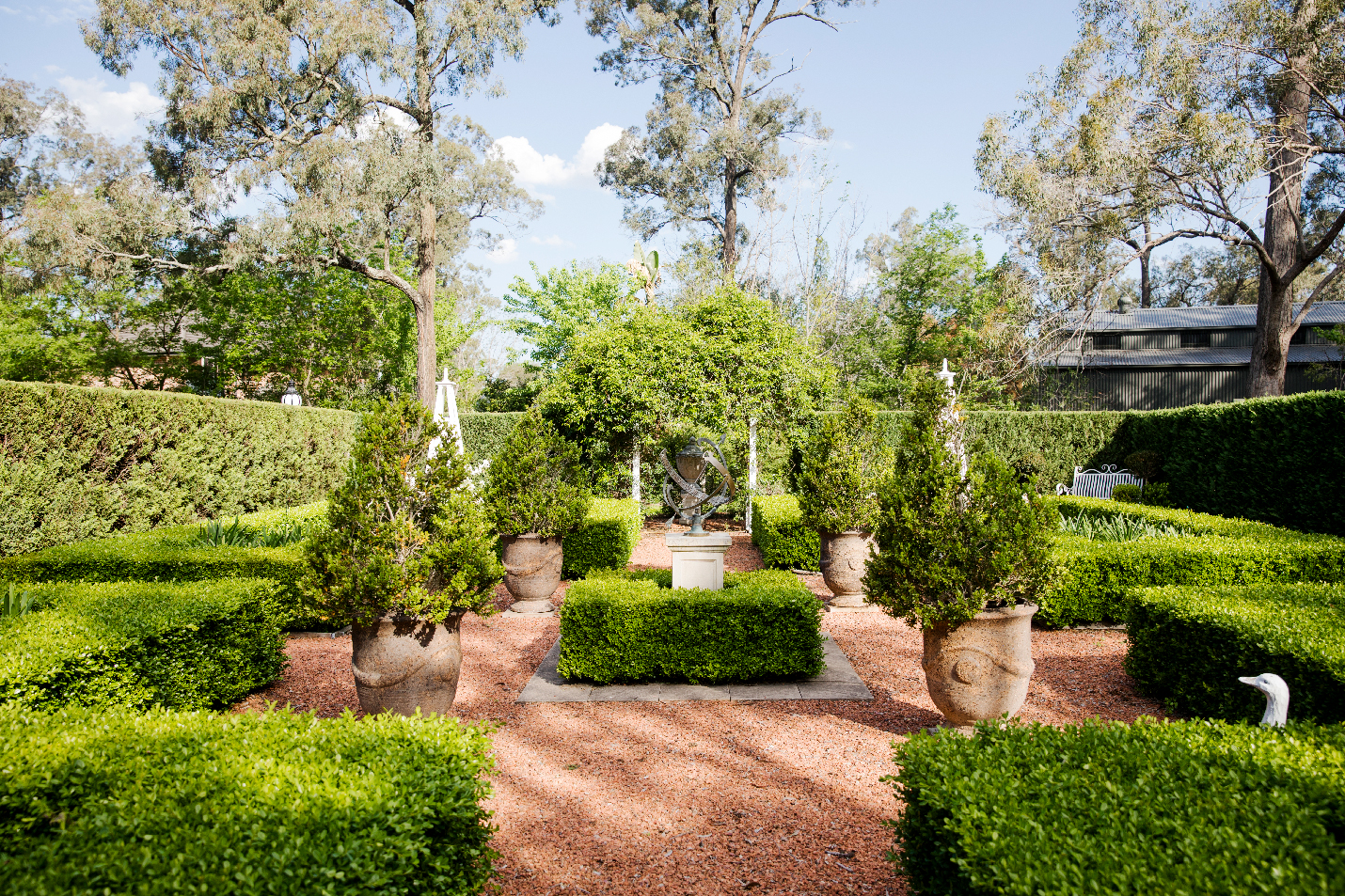 How to create a gracious, modern family home

1. Consider the aspect
The Kury home is set back from the road, allowing a sweeping driveway and elegant front gate to greet visitors on arrival. The wrought iron gates were made in a local foundry in Windsor many years ago. With the renovations, Trudi and Rob made a smaller gate between the walled garden and pool area, through Penrith Wrought Iron, who matched the style of the front gates.

2. A fresh coat of paint
Trudi and Rob say that just by replacing the guttering and painting the timber trims in Dulux Whisper White gave the house an instant facelift. Guttering and dark trims are in Dulux Monument.

3. Streamlined roof tiles
Monier Roofing’s stylish Terracotta Nullarbor tiles in Peak colour refreshed the house by adding a statement and dramatic finish to the exterior and changing the Federation aesthetic to a more modern Hamptons style.

4. Considered planting
As the garden designer of the family, Trudi was inspired by English gardens and decided to keep this garden all white, planting Agapanthus and white Iceberg roses (pictured) for a subtle calming atmosphere. White obelisks from The Porch in Rowville, Victoria, add a touch of formal elegance.

5. A touch of whimsy
A small dovecote near the front of the house mimics the line and design of the house, framing the front door on approach. Trudi sourced it from The Porch in Rowville. 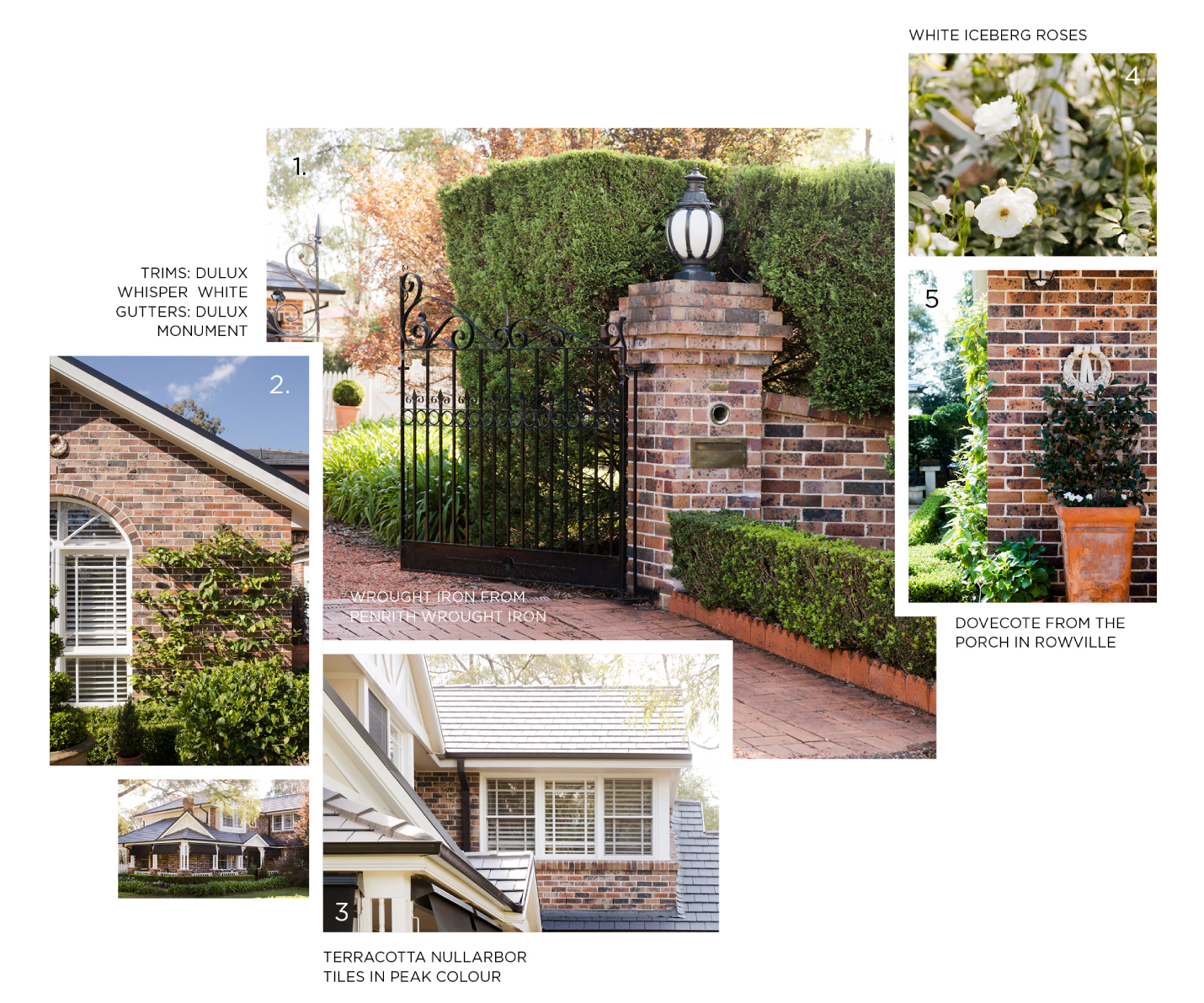