The restoration of an iconic building in Burnie, Tasmania, has begun starting from the roof down. 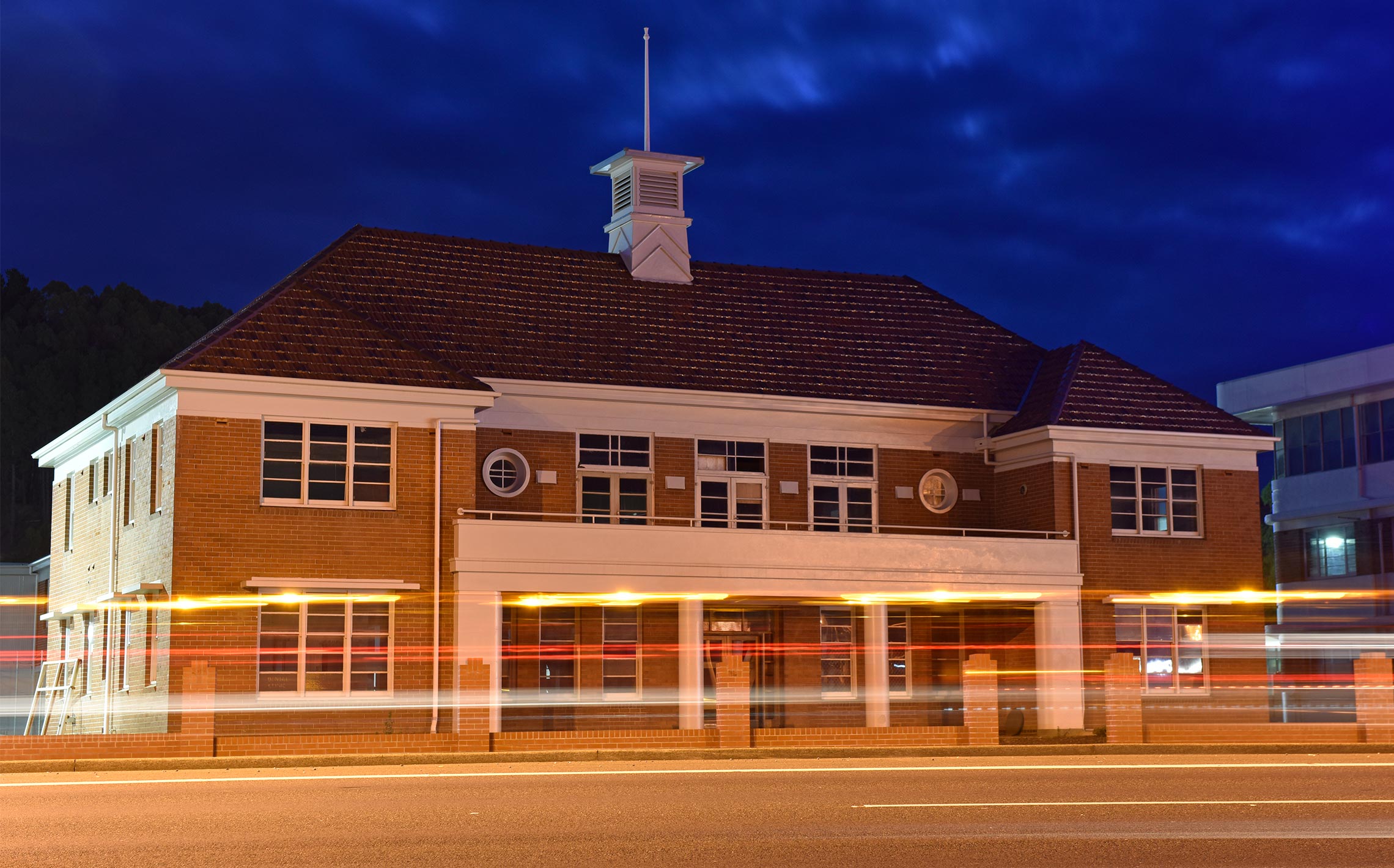 Every town has that amazing building – you know the one. It’s the one that locals remember, that everyone is just itching to see restored to its original beauty – that everyone knows would be spectacular if the right person got a hold of it.

That is certainly the case with the former paper mill office building in Burnie, Tasmania. This classic old building, dating back to 1937, had been empty for 15 years, after the mill closed. Once employing one in three people in the Burnie area, the mill office has always been an iconic site of the town. 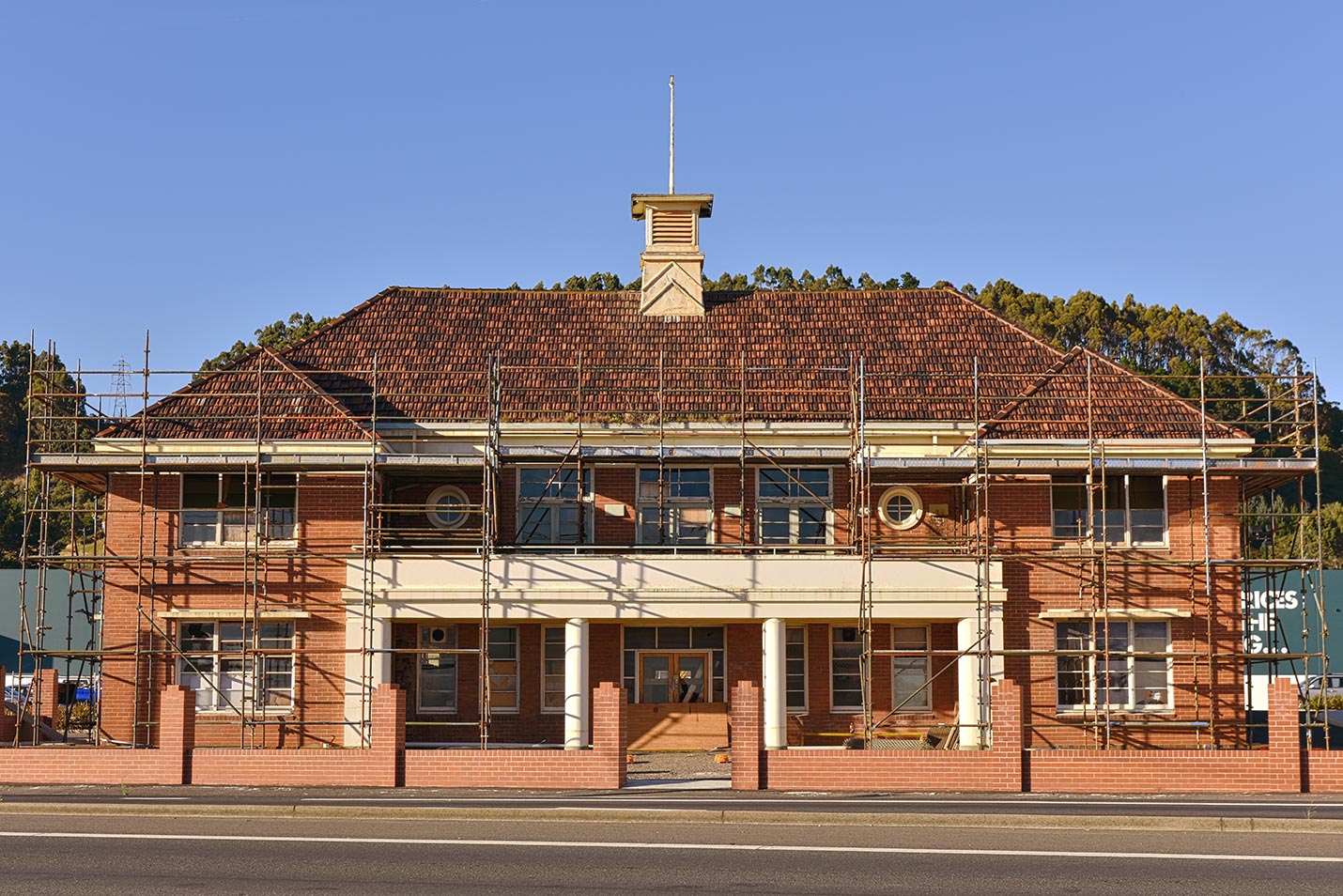 And it seems that the right person has got a hold of it. Restoring the grand old building on Tasmania’s northern coastline has become a labour of love for Steve Kons. A long-time Burnie resident – and former mayor and state MP – Steve says he’d always admired the building and considers it a privilege to undertake its restoration.

There are only 20 heritage buildings left in Burnie after many were demolished over the years. Steve owns three of them and feels it’s important to restore such iconic sites to their original glory. He has already restored the building next door, which was acquired at the same time.

As part of the year-long building restoration project, he is replacing the existing roof tiles and returning them to a more authentic heritage terracotta product – Monier’s Marseille in Aurora Gold, a special made-to-order product.

“We're restoring it back to terracotta because it was terracotta,” Steve says. “The other tile did its job for many years but the building hadn't been occupied for about 15 years and even then, it wasn’t maintained well beforehand because the paper mill had slowed down and neglected the maintenance of these buildings, so it was time for an upgrade.”

Steve decided to go ahead with the Monier product because of the great service he received from the local Monier team.

“They won it on service and follow-up,” says Steve. “These guys persevered with us and were brilliant.” 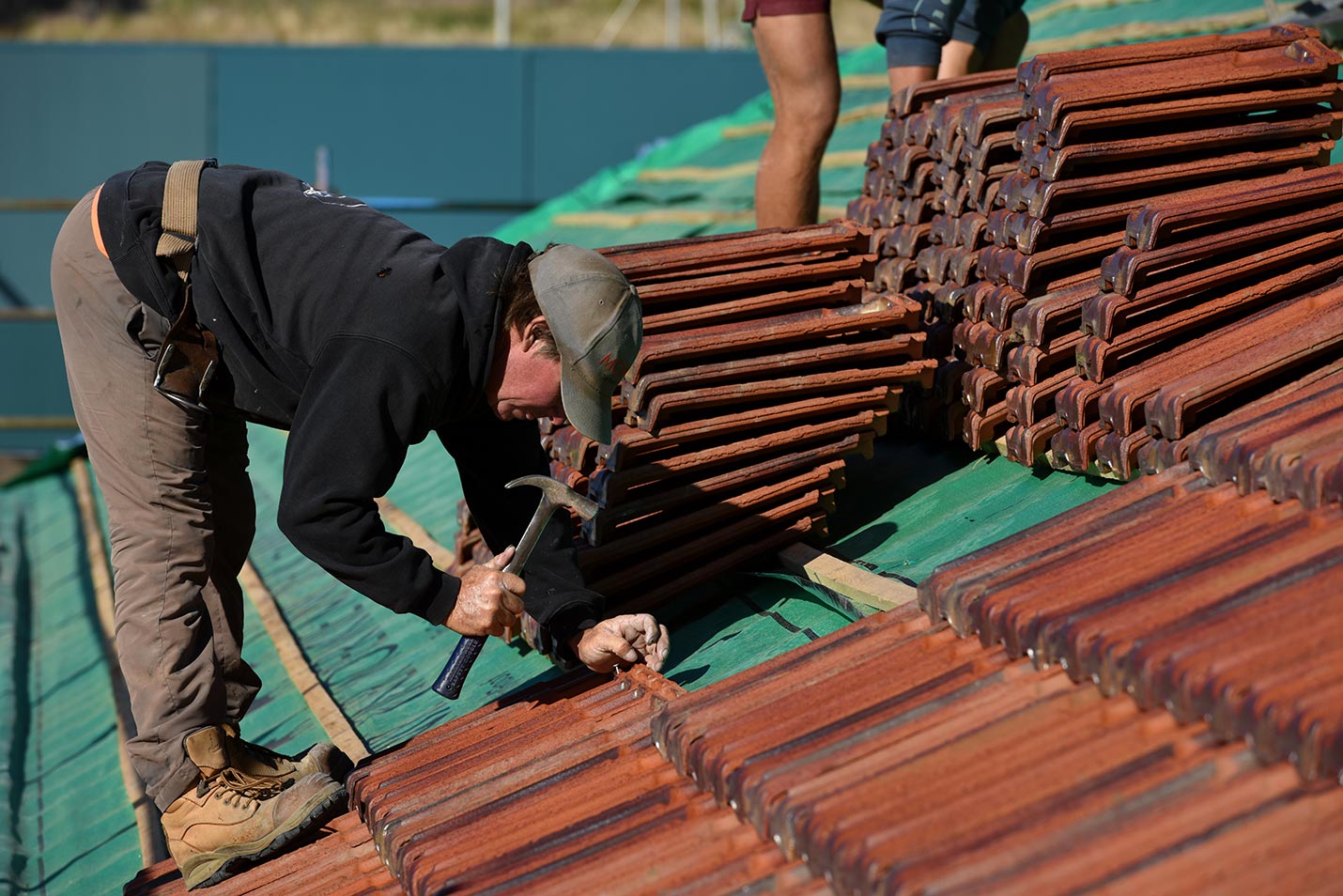 He is also impressed with the fact that the Monier Terracotta product won’t fade, meaning that his restoration will last well into the next generation (or two).

Furthermore, with the building being situated close to the coastline and in an industrial area, Monier’s terracotta tiles would not be affected by the conditions surrounding them – unlike a metal roof substitute, terracotta will not rust or corrode in a coastal and industrial environment.

While work has started on some of the internals, including restoration of beautiful timber floors in a rare Tasmanian myrtle, the new roof has been a priority before the heavy work gets done on the fitout. 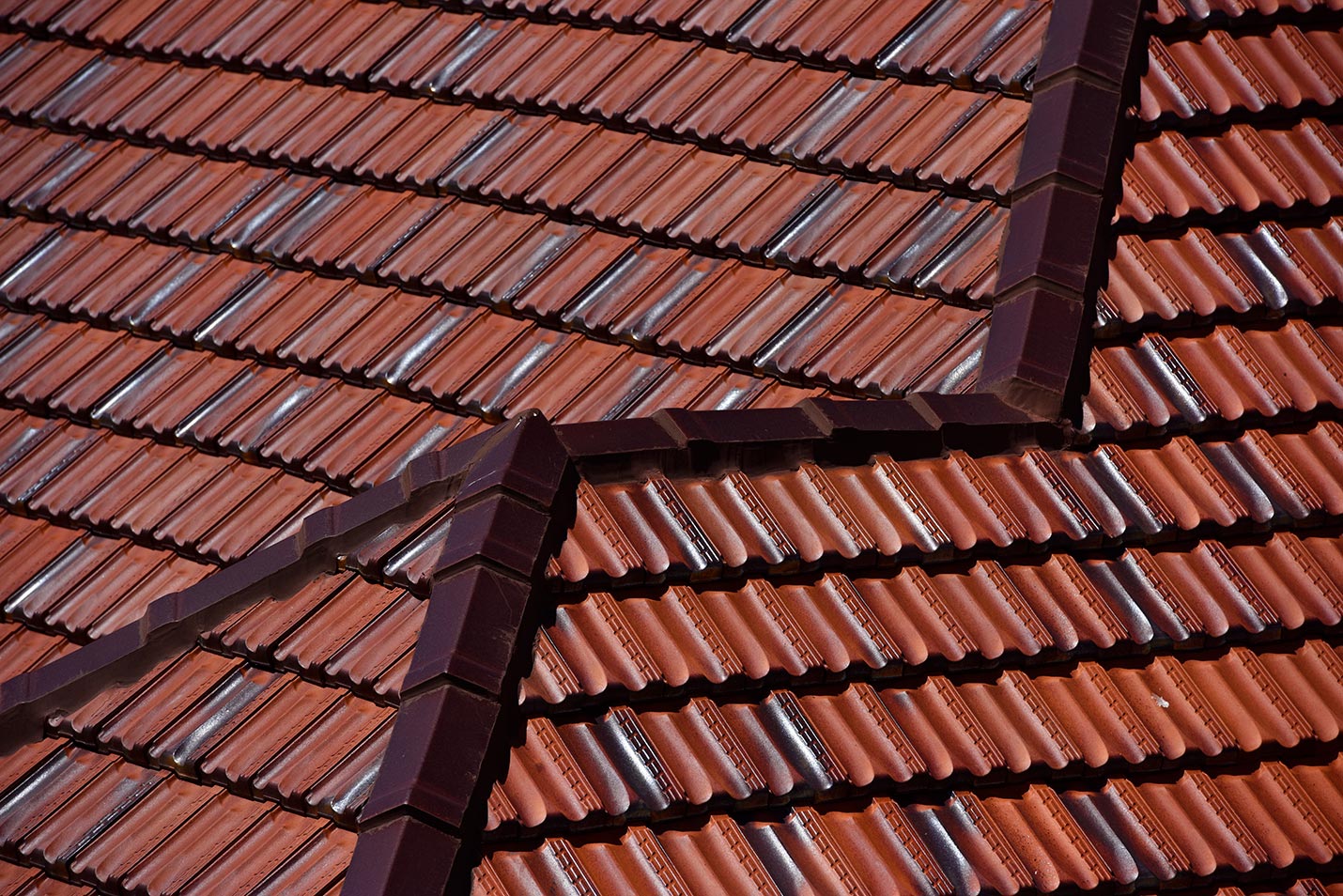 “We thought we'd better get the roof on before we start doing any repairs on the plaster work and stuff like that on the inside,” Steve explains.

Ever the entrepreneur, Steve has pulled together a proposal to capitalise on Tasmania’s growing distillery industry to turn the building into a whisky distillery – with the details being finalised in early 2019. He’s planning to do most of the funding for the project himself.

He’s also confident that it might be a contender for some national heritage restoration awards when it’s finished.

“It's an iconic project, great place, great location on a national highway,” he explains. “Two buildings that were dilapidating over a period of time, and now they're preserved into the future.” 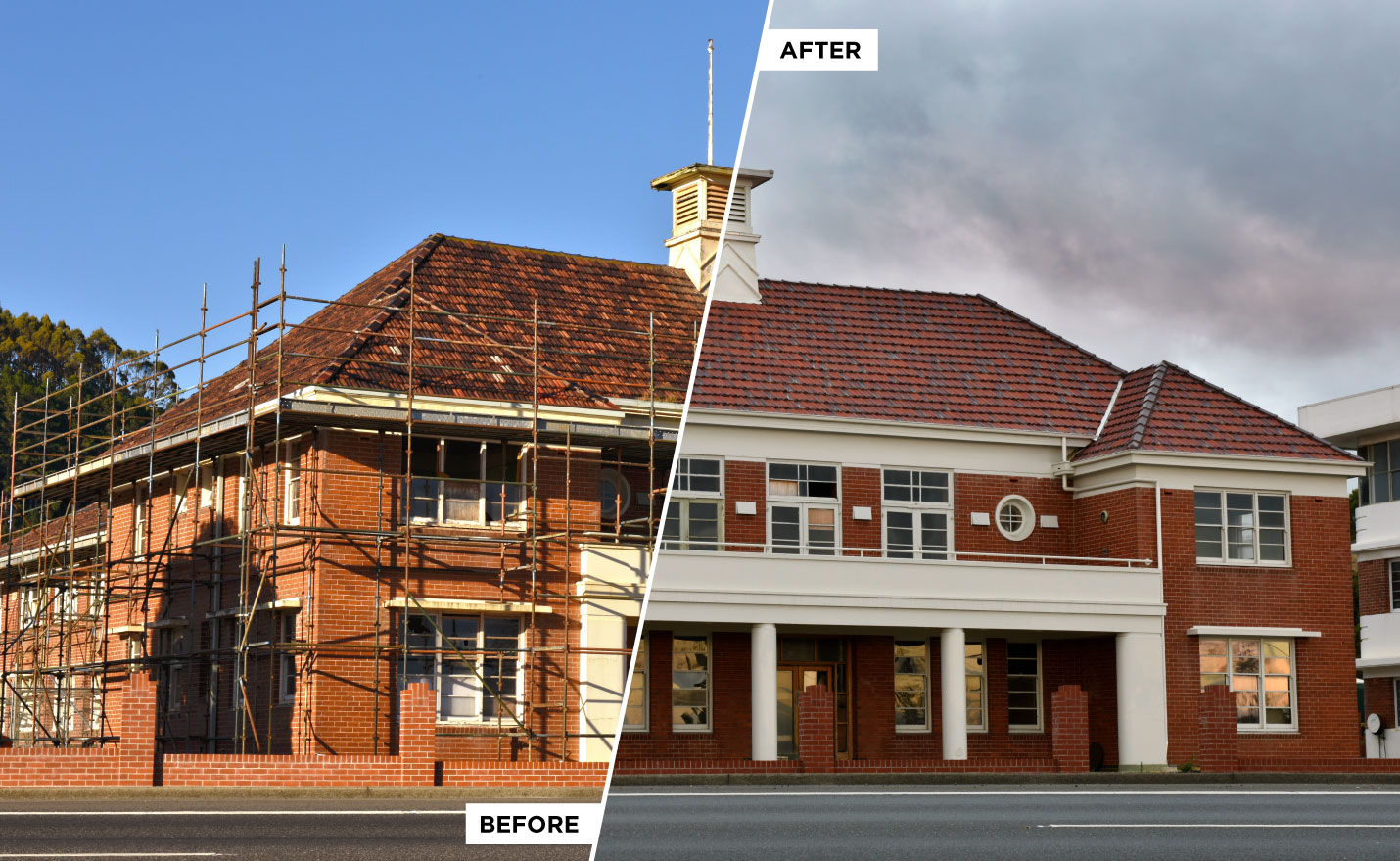