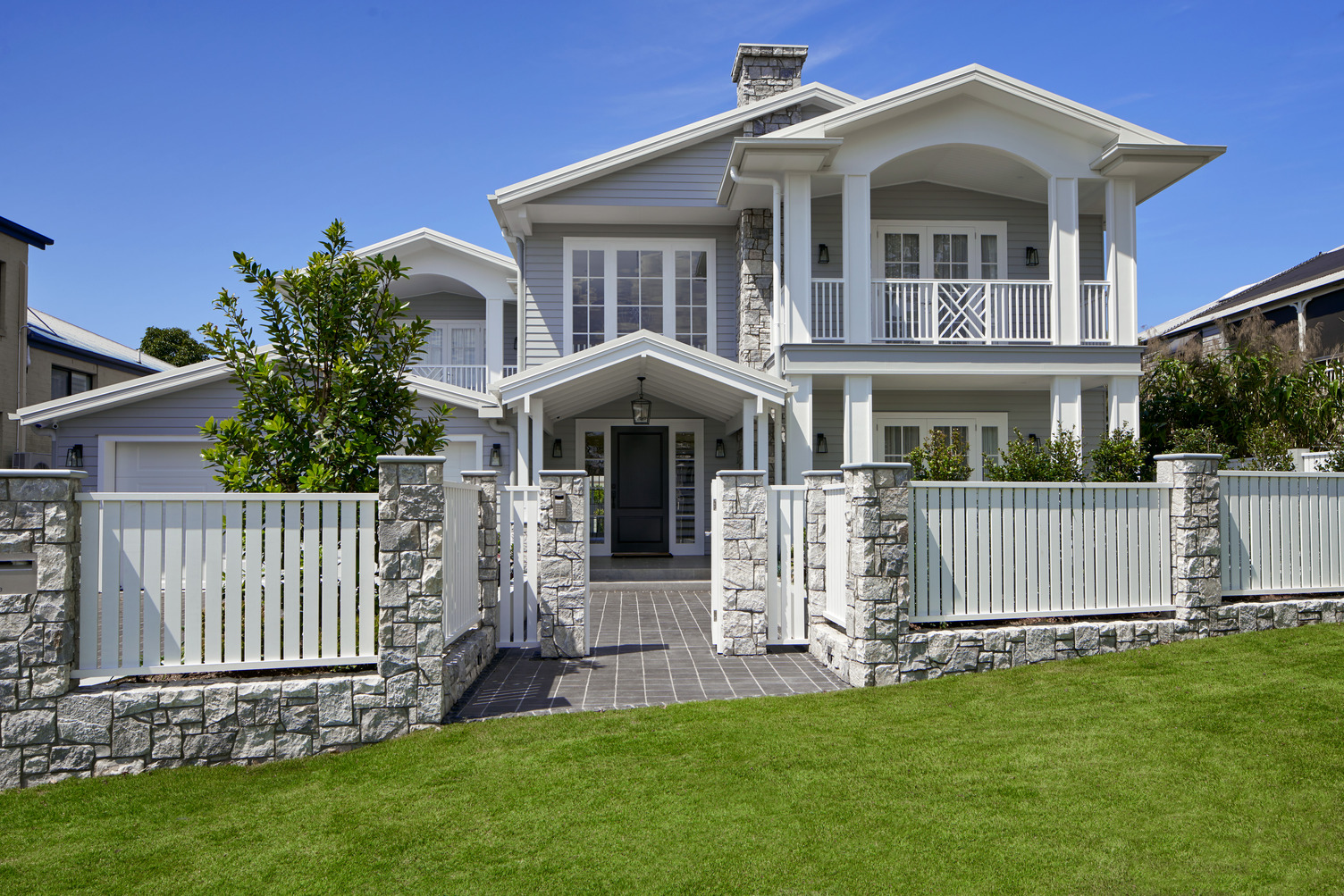 When it came to building their forever home, Craig and Justine Sneesby were clear about one thing – privacy. Located on a long piece of land in the Brisbane suburb of Hawthorne, they had six neighbours surrounding their block and wanted to ensure that no one could overlook the backyard.

There was an existing house on the property when the Sneesbys bought it, but the family always had the intention to renovate to create a home more suited to their growing family.

They lived in the house for four years before undertaking the building project, spending almost a year working with architect Renee Dunn on a home design to make the most of the site and retain their privacy.

Justine says they originally looked at renovating, but decided to build a new home instead, after realising that it would cost more to try and turn the existing house into what they wanted than to start from scratch.

“The original house looked lovely, but was dysfunctional inside,” she says.

“Outside was lovely, but inside the rooms were teeny and not suitable for a 16-year-old son who's six foot five and a 13-year-old daughter who's not far off that. The room sizes weren't usable, the layout wasn't exactly what we would do – or what anyone probably would prefer these days.”

“And it had very old wiring and plumbing. They hadn't stripped it back and done all the things that were going to need to be done. So it literally would have been ripped to the barest bones.”

All about the roof

With a classically elegant home design, the Sneesbys were keen for a modern, streamlined look for the roof, with an integrated solar energy solution. Choosing to use solar panels as part of the build was important to them, so it was included in the brief right from the start. 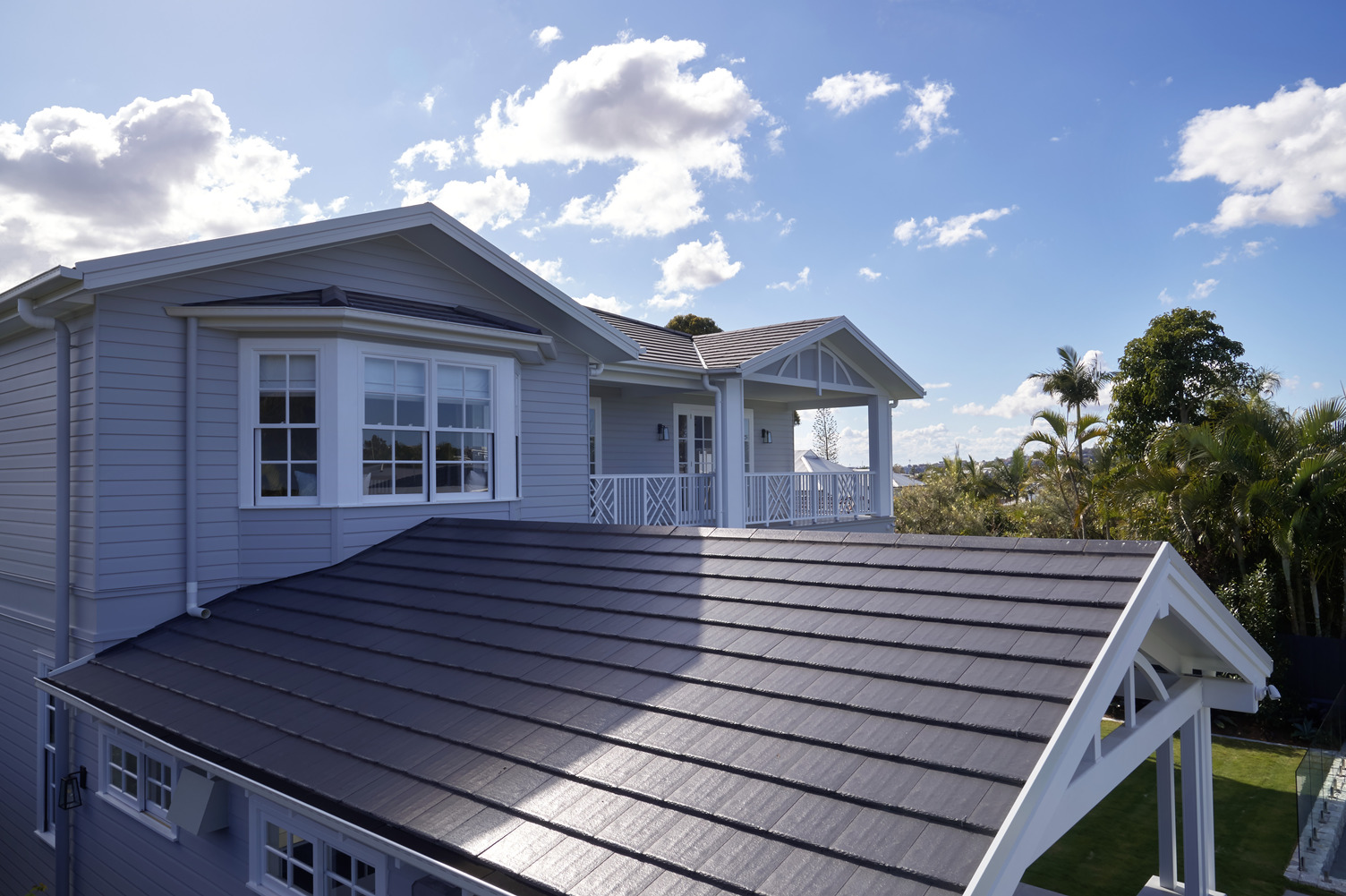 “When the discussions around solar panels came up, we really needed to start investigating what options were available on the market,” says architect Renee Dunn.

“We didn't want something that was bolted on top of the roof so it certainly needed to be an integrated system. And we felt that BradfordMonier had the best on the market by far with its InlineSOLAR™ product.”

“The style of the tile was a big, big thing,” agrees Justine. “Renee gave us a lot of links to different tile companies and a list of houses that they were on. Craig and I spent quite a few days driving past houses and just looking at the tiled roofs.”

The final choice was the Cambridge Concrete tile in Soho Night, which is a slate-look tile in a rich, dark grey. Justine says she loves the quality of the tile – its solidness, the uniformity of the product and the rough-look front edge, which creates an extra textural detail and blends in seamlessly with the InlineSOLAR™.

“We're very happy with the roof,” she says, adding that the design of the house meant that the roof was visible from many angles. 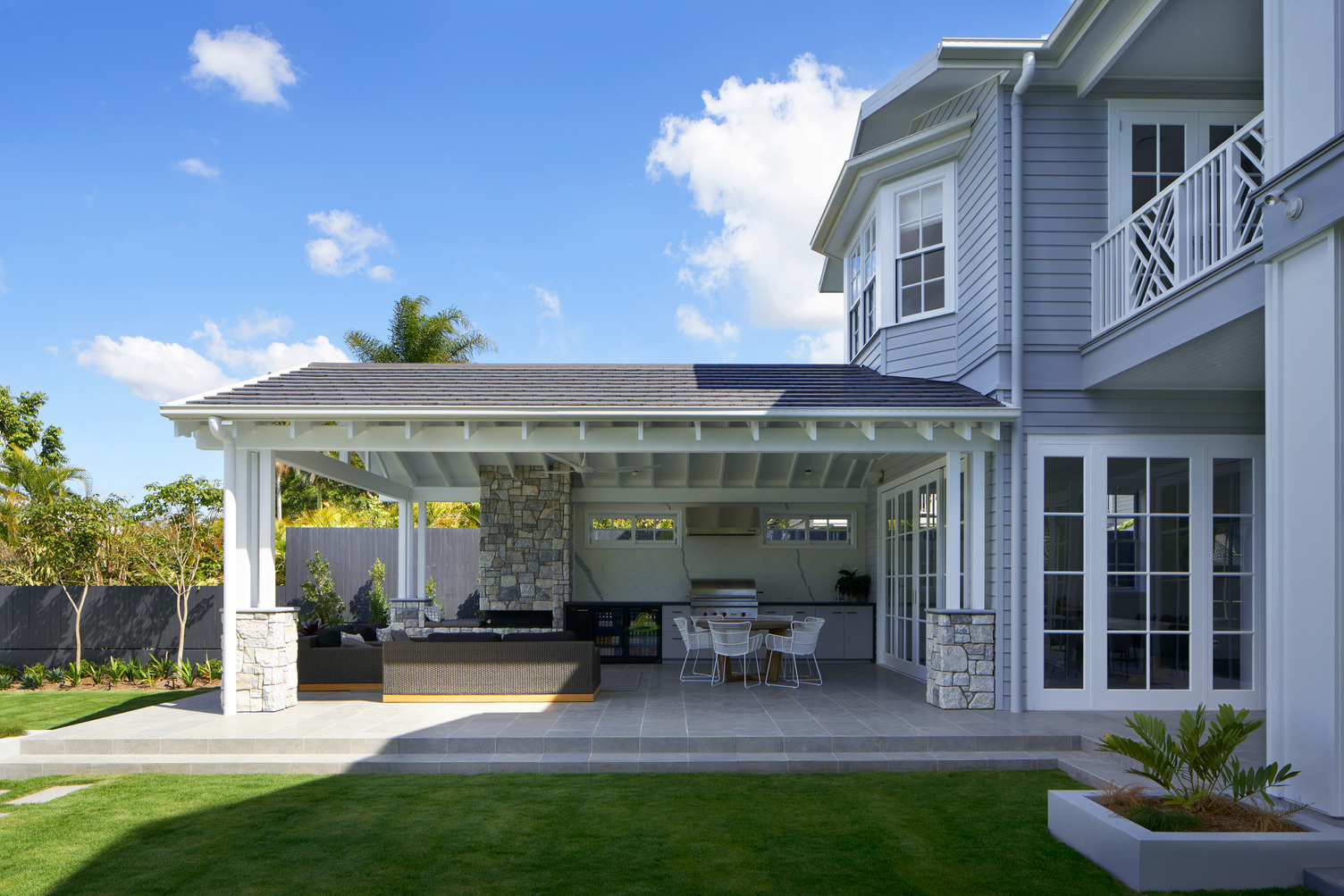 “The back of the top floor looks down onto the alfresco barbecue area and its tiled roof, while you actually see the whole roof of the garage from my daughter's bedroom at the front when you're looking out. From the road you don't see as much, but from inside the house, you definitely see a good chunk of the tile.”

She adds that she loves the streamlined look of the Cambridge tile. “I don't know much about design, but it anchors the house; it was a bit more solid on the roof, rather than just being a click-on roof look. “

The new house is built on grand lines at just under 800sq metres, with a pool and ducted air-conditioning throughout, so energy costs were a big consideration when it came to choosing the solar panels.

The InlineSOLAR™ system chosen included Bradford batteries to store excess solar energy for use by the family or returned to the power grid if unused. 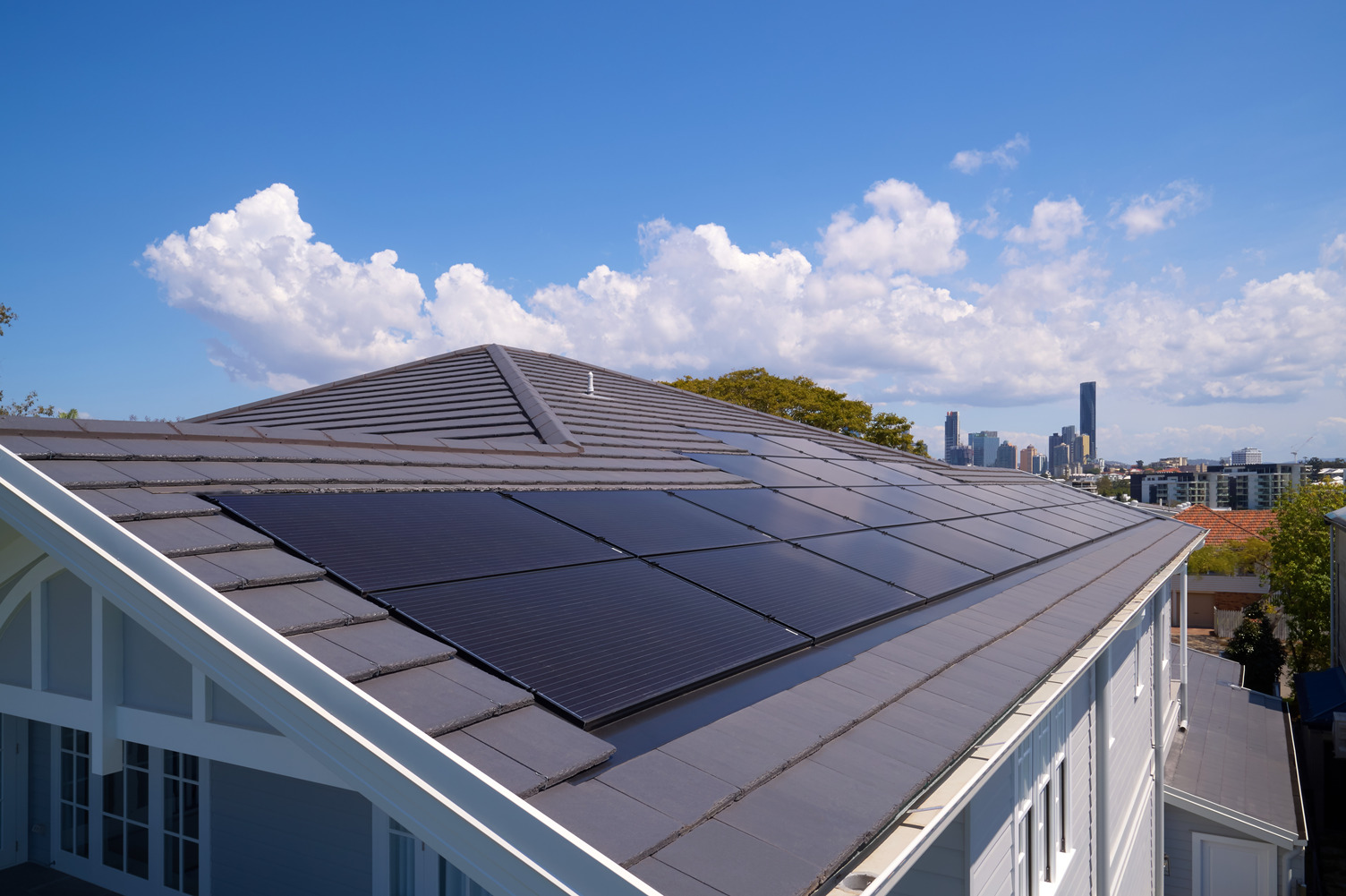 And, while it is still early days, the savings look promising.

“The power bill on the previous house (which was smaller) used to be around $1200, but my first bill for the quarter after we moved in to the new house was $760,” says Justine.

“Because I've only had two bills I'm not 100% how much we're actually saving because I don't know, obviously, what the bill would be if I didn't have the solar at all.”

Engineering of the roof

For architect Renee Dunn, specifying tiles on such a large roof was a big learning curve for her practice.

“We've learned a lot from this project mainly around using this new product,” she says. “This project had some very big spans and concrete slabs. So engineering wise, it's been quite a feat to achieve the outcome that we've achieved with all these different variables that we hadn't really worked with in combination before.”

Renee is full of praise for the Monier team, which provided technical support throughout the build.

“The builder, MCD Constructions, certainly complimented Monier’s guys who came out and it was a very easy process from their point of view,” she says.

Justine agrees. “I know that our site manager said they were very prompt, responsive and helpful on anything that he needed to know.”